Karen Gavan, former CEO of the first Canadian property and casualty insurer to start the demutualization process, is now on the board of directors of HSBC Canada.

Gavan (pictured) was CEO of Waterloo, Ont.-based Economical Insurance from 2011 through 2016. 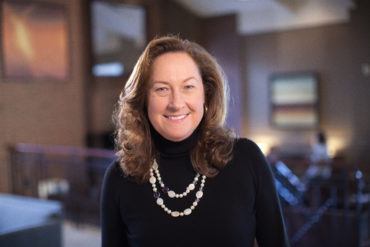 Gavan joined the board of directors of Economical Insurance in 2008. In 2011, Gavan replaced Katherine Mabe as CEO of Economical after Mabe left Economical to work in the United States for Allstate. Gavan’s five-year term as CEO ended in 2016 when Rowan Saunders moved from RSA Canada to Economical as CEO.

Since 2017, Gavan has been on Swiss Re Group’s board of directors.

A chartered accountant by profession, Gavan was raised in Thunder Bay, Ont. and worked in the 1980s for Coopers & Lybrand. Gavan was working for Canada Life at the time it demutualized in 1999.

Gavan “has extensive experience with digital innovation, business transformation and risk management both in Canada and internationally,” HSBC Bank Canada chairman Samuel Minzberg stated Monday in a release. “This will be important as we continue our work to make the bank better for our customers and consolidate the gains we have made through extensive investments in technology and growth over the last several years.”

Gavan was at the helm of Economical when its board of directors voted unanimously in 2015 in favour of demutualization. Several milestones have been cleared since then, but several more steps are necessary before Economical can demutualize and launch a public offering of stock.

One driving factor behind demutualization for Economical is the ability to participate in mergers and acquisitions. If Economical does demutualize, it will do an initial public offering of stock and be traded on the stock exchange. No single person or firm will be able to own more than 10% of Economical shares during its first two years as a stock company.

This past March, nearly all (99%) of the Economical’s mutual policyholders voted in favour of a demutualization proposal released in January. The next step is for the company to ask the federal Office of the Superintendent of Financial Institutions (OSFI) to hold a meeting of all eligible policyholders.

Gavan is currently on the board of Mackenzie Financial Corporation and chairs its fund oversight committee, HSBC reported.