Arch Reinsurance Company announced on Friday that François Dagneau will be appointed to the position of chief executive officer of its Canadian branch this month. 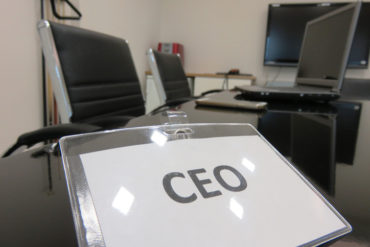 Dagneau will replace Patrick McGuiness, who is retiring from Arch, the company said in a press release.

“We are thrilled to have François joining our team given his depth and breadth of experience,” Jerome Halgan, president and CEO of Arch Re, said in the release. “He has a deep knowledge of the Canadian reinsurance market, executive management experience, as well as a strong background in both underwriting and analytics.”

In addition to Dagneau’s appointment, Rhonda Harvey, who has been a “major contributor” to Arch Re’s development in Canada since 2011, will assume the role of chief agent of the branch going forward, the release said. This will be in addition to her current responsibilities as chief underwriting officer, reporting to Dagneau.

The Canadian branch of Arch Re has been active in the Canadian reinsurance marketplace since 2007, when it opened its first office in Toronto to underwrite facultative property reinsurance, the company said on its website. Since then, it broadened its scope of operations with the creation of a treaty operation in 2011, and provides a wide range of reinsurance products within property, property facultative, casualty and surety. It serves all Canadian provinces from offices in Toronto and Montreal. Effective Jan. 1, 2015, Canadian reinsurance business is written on Arch Reinsurance Company – Canadian Branch paper.