Maurice Tulloch, the former president and CEO of Aviva Canada from 2009-13, has been appointed CEO of the London, U.K.-based Aviva plc, effective Monday.

Tulloch joined Aviva in 1992 and was appointed to the board of Aviva plc in June 2017. He was Aviva’s CEO of international insurance and has responsibility for Aviva’s life insurance and general insurance operations in France, Canada, Ireland, Italy, Poland, Turkey and India. He was previously CEO of Aviva UK and Ireland General Insurance, one of the largest businesses in the Aviva group. 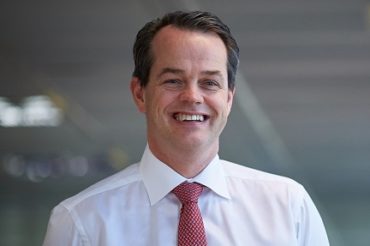 Adrian Montague, chairman of Aviva, had been acting in an executive capacity pending the appointment of a CEO. He will revert to this role as a non-executive chairman Monday.

From 2009-13, Tulloch was president and CEO of Aviva Canada, with responsibility for the strategic direction and operation of Canada’s second-largest property and casualty insurer. Tulloch also led the acquisition of RBC General Insurance Company in January 2016. Prior to his time as CEO of Aviva Canada, he was executive vice president and chief operating officer of Aviva Ontario and specialty distribution, and has held several senior management positions at Aviva.

“Maurice will be an outstanding chief executive of Aviva,” Montague said in a press release. “He knows the business inside out. Maurice knows our strengths, knows where we need to improve and has a deep understanding of insurance and customers’ needs. He is exceptionally well qualified to re-energize Aviva and deliver long-term growth.”

Tulloch is a chartered professional accountant (CPA, CMA) and holds an MBA from Heriot-Watt University in Edinburgh, Scotland (he was born in Falkirk, Scotland) and a BA in Economics from Ontario’s University of Waterloo.

He is currently a member of the Insurance Development Forum (a public/private partnership led by the insurance industry and supported by international organizations). He is also a non-executive director of Pool Re, Britain’s state-backed terrorism reinsurer.