“I am essentially following in my father’s footsteps,” she told Canadian Underwriter before she began her new position on April 2. “I sought out a career in the insurance industry at a young age and my first job was in underwriting and claims with a Canadian coverholder for the Lloyd’s market.”

She replaces Spencer Shusterman, who is retiring as senior vice president of claims at the end of the year after seven years with AEGIS. Trudeau told Canadian Underwriter that her focus will be on further building a well-established foundation with AEGIS in Canada with a “strong collaborative and customer-centric approach. Our purpose is to competitively deepen AEGIS’s Canadian footprint inside Lloyd’s and domestic markets through innovative management of claims, data and vendors,” she said. 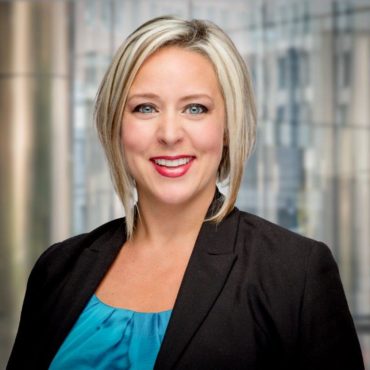 Carrie Trudeau is vice president of claims for Canada with AEGIS.

After spending her first year underwriting cross-border commercial trucking and motor truck cargo, she was given the opportunity to enter claims adjusting. “I soon became intimately familiar with the claims process, which is where I came to appreciate the phrase, ‘Claims is where the heart is,’” she said.

She attained her Fellow Chartered Insurance Professional (FCIP) designation while working as a senior file examiner at Markel Insurance Company of Canada.

In 2008, she joined Crawford Canada as a client service manager, with a focus on transportation risks in corporate markets. “My Lloyd’s roots beckoned and, in 2010, I accepted the challenge to build Crawford’s business unit dedicated to TPA (third-party administrator) and claims services for Lloyd’s clientele.”

AEGIS, which provides liability and property coverage to Canadian coverholders, has been a close client of Trudeau’s for many years. “I feel quite privileged to accept this new position and look forward to working with such an impressive claims team where together we will further build the AEGIS brand in Canada,” she said.