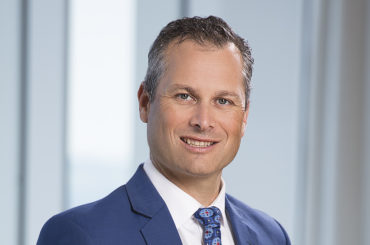 Levis, Quebec-based DGIG ranked third in 2018 in the Canadian property and casualty insurance market, with 9.15% market share and net written premiums of $4.8 billion, according to Canadian Underwriter‘s 2018 statistical issue.

Lavoie joined Desjardins in 1994 and held several positions in actuarial services and distribution before being appointed to her current role.

She has a degree in biology and actuarial science from Université Laval.

Until recently, DGIG was writing insurance through agencies using the State Farm brand but those agencies have re-branded to Desjardins.

Until June, 2016, DGIG was led by Sylvie Paquette. Then Paquette and Dubois served as co-presidents of Desjardins General Insurance Group until the end of 2016, at which point Paquette retired and Dubois took the helm. Paquette now sits on the board of directors of Intact Financial Corp.

Dubois joined Desjardins Group in 2003. He has also held the roles of business development and sales for The Personal, a Desjardins subsidiary which writes home and auto insurance for about 700 groups, such as the Canadian military community, engineers, firefighters, accountants and health care professionals. The Personal used to be the carrier through which the Bank of Nova Scotia provides home and auto insurance.

Certas, a subsidiary of Desjardins, writes the home and auto insurance sold by CIBC.

DGIG was one of the first Canadian insurers to offer usage-based insurance for motorists, with its Ajusto product.