Insurance defence lawyer William S. Chalmers, managing partner at Hughes Amys LLP, has been appointed a judge of the Superior Court of Justice of Ontario in Toronto. 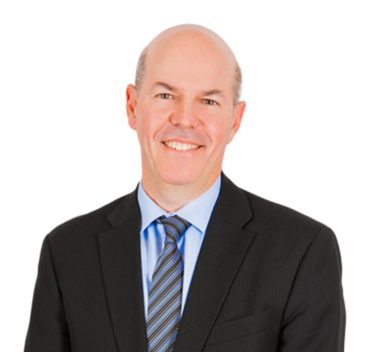 Called to the Ontario Bar in 1987, Justice Chalmers practised law at Hughes Amys LLP for over 30 years. As an insurance defence lawyer, he handled more than 1,000 cases involving a wide range of insurance disputes, including arson and fraud, personal injury, product liability, class actions and insurance coverage. He was counsel in numerous reported decisions at all levels of court in Ontario.

In 2017, Chalmers worked on the case of Mori-Vines Inc. et al v. Northbridge General Insurance Corporation, a dispute over whether Northbridge had a duty to defend an Ontario-based grower and wholesaler of grapevines (as well as its related nursery) against a claim made by a B.C. vineyard that planted defective vines received by the wholesaler. Northbridge argued it had no duty to defend because its CGL contained three different policy exclusions denying coverage.

Pereira told Canadian Lawyer that Chalmers served as a mentor, especially for lawyers in western Canada, and has been generous in connecting them to insurance contacts both in Canada and the U.K.

“I always thought he was willing to share his expertise and knowledge with others, and certainly I appreciated it,” Pereira is quoted as saying in Canadian Lawyer. “I just think with that kind of temperament, he will be a great addition to Ontario Superior Court.”

Before shifting his focus exclusively to insurance defence litigation, Chalmers practised in a number of different areas including family, criminal, commercial litigation and administrative law.

Born in London, Ontario, Chalmers grew up in various communities across the country. He attended grade school in Halifax and high school in Vancouver before his family settled in Toronto. He studied political science and economics at the University of Toronto and attended Osgoode Hall Law School, where he received several awards, including prizes in contracts and criminal law.

Chalmers and his wife Sandra have two sons who are completing their studies and are about to embark on their own careers as lawyers.

More News
Related
Legalization of marijuana calls for ‘more thorough’ risk assessment from brokers: OIAA speaker
Cyber insurance growth expected to triple in a few years, rapid rise would be credit-negative: Fitch Ratings
How legal defence costs can be ‘gobsmacking large,’ even when you win the case
What carriers want from this insurtech brokerage