Fortier succeeds Normand Morin, who has served as interim CEO since April 2019. She has held key senior executive positions in the industry including, most recently, senior vice president of sales and distribution at SSQ Insurance. 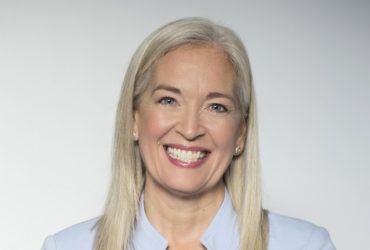 The board of directors of Promutuel Insurance, one of the largest damage insurers in Quebec, announced the appointment in a press release Monday. “The professional qualifications and management values of our new CEO will help Promutuel Insurance pursue its growth and consolidate our network of mutuals, which are extremely active throughout Quebec.”

Groupe Promutuel ranked 15th overall in the private P&C market in Canada by net premiums written last year, according to Canadian Underwriter’s 2019 Statistical Guide. Its 2018 NPW were over $692 million. The insurer has more than 1,925 employees and over 630,000 insured clients.

In selecting a new CEO, Promutuel Insurance board chair Yvan Rose said the insurer was looking for a leader with a strong strategic and holistic view to spearhead growth among Quebec’s leading damage insurers, while cultivating ever-closer ties with insured members and its large network of mutuals.

“Geneviève Fortier is well-known not only for her leadership, but also for her ability to put people at the heart of everything she undertakes,” Rose said. “We are confident having her join Promutuel Insurance will strengthen our organization and our team as we pursue robust growth, thanks to the support of our highly satisfied insured members.”

Fortier is a CHRP Fellow (conferred by Quebec’s association of certified human resource professionals), with bachelor’s and master’s degrees in industrial relations from Université Laval. She is also a seasoned corporate director who has chaired the board of the Montreal University Hospital Centre (CHUM) since 2015, and sits on the boards of Sanimax and Germain Hotels, where she chairs the governance and human resources committee. In addition, Fortier is a leader of Effet A, an innovative program designed to provide women concrete tools to advance their careers and fast-track their professional development.