Alcohol and drugs are different and approaches to addressing related impairment issues will likely need to be different as well, Doug Beirness, senior research associate with the Canadian Centre on Substance Abuse (CCSA), suggested Wednesday during a State Farm-sponsored event in downtown Toronto.

“Everything that we go to do that tries to parallel alcohol will be different in many different ways. We need to take account of that and we need to work harder and find new solutions. Doing the research is one way to do that,” Beirness argued during the Drugs & Driving Expert Panel Discussion, which explored the issue of drug-impaired driving and its potential impact on road safety. 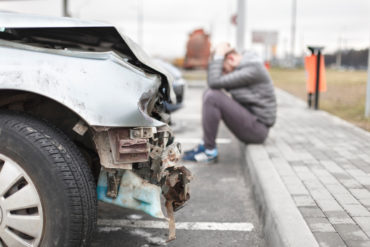 Following Prime Minister Justin Trudeau’s promise to legalize recreational use of marijuana, State Farm released a survey this past May on what Canadians think of the move and how it may influence road safety issues.

Related: Some motorists under the influence of marijuana believe they can drive safely: poll

About six in 10 – 62% – of those taking part in the online poll – involving 3,000 respondents of driving age across Canada – said they believe the legal system is unprepared to deal with people who drive under the influence of marijuana.

In addition, 53% of those polled reported they do not think police have the necessary tools and resources to identify marijuana-impaired drivers, a State Farm press released noted at the time.

Survey findings further indicated almost six in 10 – 59% – of respondents reported thinking that impaired driving will increase if and when marijuana becomes legal.

“With the onset of medicinal and legal recreational use in Canada, we felt it was the right time to engage in public dialogue to shed light on this issue,” Tracey Pether of Pether Insurance & Financial Services Inc. and an insurance agent with State Farm, said before the panel discussion.

“We are not lobbying or supporting the legalization of or further criminalization of marijuana or drugs, prescription or otherwise,” Pether told attendees.

“Drug-impaired driving is a national discussion that requires government, non-profit organizations and Canadians to come together to shape our future. We’re trying to help facilitate a discussion and prevent injury and deaths of Canadian road users,” she added.

“When we look at drivers who have been killed in road crashes, we have seen increases in the presence of drugs,” reported panel member Robyn Robertson, president and CEO of the Traffic Injury Research Foundation (TIRF).

With regard to “the presence of marijuana in drivers killed in road crashes, we’ve seen an increase from about 13% to almost 20%,” Robertson said.

“The bottom line is we are seeing it surpass alcohol in fatal crashes and that’s certainly an issue of concern,” Robertson emphasized.

That said, “it is becoming more mainstream and it’s something that I think is a challenge that we face,” Stibbe added. “But I think partners together we can beat this challenge and be successful in making the roads safer for everyone.”

Despite successes in seeing motor vehicle injury rates go down over the years, however, related injuries and deaths “still remain way too high,” argued Pamela Fuselli, vice president of knowledge transfer and stakeholder relations for the injury-prevention charity, Parachute.

“We know that effective ways to address it are known and if we can get those adopted, then we will start to see the injuries reduced to a more reasonable level,” Fuselli said.

“Over the last many years, it’s been alcohol that’s been the focus of our research,” Beirness of the CCSA pointed out.

“Over the last 10 or 12 years, it’s suddenly shifted to drugs, and recently, it’s been cannabis,” he added.

CCSA’s hope is to “expand the database, expand the amount of information we have on this topic so that we can inform policymakers and program developers so that we can better deal with this issue,” he told attendees.

However, a number of challenges remain, including how to test for impairment.

A recent CCSA study of cannabis and the impact on road safety presented a surprising result, Beirness said.

Looking at the THC – tetrahydrocannabinol, the psychoactive compound in marijuana – “level of those drivers, what you find is THC level makes no difference in terms of their level of impairment,” he reported. Individuals were “equally impaired on most measures that we looked at,” he said.

“Everybody wants to think that there’s a magic level out there somewhere that we can use,” something akin to the 0.08% blood alcohol concentration level used to indicate legal impairment.

“It’s not going to be that easy,” Beirness cautioned. One need only look to Colorado and Washington to see “what happens when you do open up the market to legal cannabis use,” he maintained.

Although there currently is no roadside test for cannabis, Stibbe acknowledged, there are sobriety tests that can be used in conjunction with subsequent assessments performed by police drug recognition experts.

The State Farm survey found that of those respondents who have driven high – about one in 10 – 44% said that it has no impact on their ability to drive safely; another 14% reported being unsure.

Information from CCSA notes the effects on driving of a number of types of drugs:

Asked what would make respondents stop driving high, 20% reported nothing would make them stop, four out of 10 reported stiffer penalties would deter them followed by more public awareness.

It is “an important time for us to sit and talk about the issue and ensure that we have the same set of knowledge and facts so we can have an informed discussion,” Robertson told those assembled for the event.

Fuselli said there are some concerning perceptions among young people about how dangerous alcohol is compared to marijuana.

“I think that there’s a misperception that there is a more increased risk and that when they are smoking marijuana they are not as impaired as they are when they are drinking alcohol,” she said.

Stibbe’s view was clear. “There’s no grey area when it comes to impairment. “Whether it’s alcohol or drug, impaired is impaired,” he emphasized.

“Governments are stepping up to change the laws that we have in place in order to adapt to the challenges that we see coming,” Stibbe commented.

That said, “the reality is that even with all of the laws that we have, it boils down to the individual taking responsibility for what they do when they get behind the wheel of that car,” he added.

“The clear costs associated with the drug-impaired driving issue are the number of lives that can be saved, injuries prevented and property damage curtailed by bringing more awareness to this issue,” Bordignon says.

“Legislation is imminent so we know legal recreational marijuana use is coming. As an insurance company we do not write legislation or create laws, but anything that helps to save lives, prevent injury and decrease property damage is good for everyone,” he adds.