Kent Rowe is now the president of the Insurance Brokers Association of Canada.

Rowe, a former president of the Insurance Brokers Association of Newfoundland, was inducted into his new role after IBAC’s annual general meeting Thursday.

By day, Rowe works in St. John’s as vice president of commercial lines for Wedgwood Insurance, which also has an office in Corner Brook. 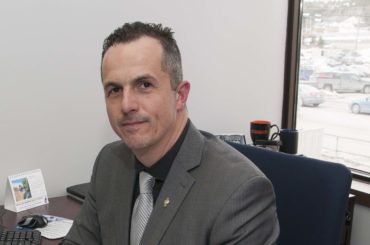 As IBAC president, Rowe is taking over from Chris Floyd, president of individual insurance services at the Ontario Teachers Insurance Plan (OTIP). Floyd was president of the Insurance Brokers Association of Ontario (IBAO) in 2014.

Born in Hamilton and raised in Kitchener, Floyd started his insurance career in 1986 at Gore Mutual Insurance Company in Cambridge.

For his part, Rowe started his career as an account executive at Wedgwood but decided to move to a carrier. He worked in Halifax for Aviva Canada for three years as business development manager, Atlantic Canada, before returning to Wedgwood.

Rowe has taught courses at the Insurance Institute of Newfoundland and Labrador and is a founding member of the province’s Young Broker Network.