Cornerstone’s DaSilva resigns from IBAO board, Brian Purcell scheduled to be 2018 president

Brian Purcell, broker/owner at James Purcell Insurance Broker Ltd., will “assume the position” of president of the Insurance Brokers Association of Ontario in 2018, IBAO announced Thursday.

Wendy DaSilva, chief executive officer of Cornerstone Insurance Brokers Ltd., had been scheduled to become IBAO president in 2018 but “has resigned from her role as First Vice President, IBAO to pursue opportunities outside of the independent broker distribution channel, effective immediately,” IBAO added. 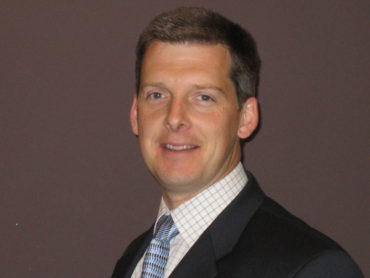 IBAO’s 2016 president is Doug Heaman. Traci Boland – London-based partner with Ontario West Insurance Brokers – is scheduled to be president in 2017. The 2015 president, Michael Brattman, is chair of IBAO.

DaSilva “will not be replaced on the IBAO Executive,” IBAO said Thursday. “The Executive and Board will operate with a team of four executive members,” IBAO added, referring to Heaman, Brattman, Boland and Purcell.

Cornerstone’s head office is about five kilometres northwest of York University, in the Vaughan community of Woodbridge. Cornerstone’s other offices are in Aurora, Markham and Barrie. All four of those offices will be integrated under the BrokerLink brand, BrokerLink announced Tuesday. BrokerLink added at the time that Wendy DaSilva and Peter DaSilva (president and chief operating officer of Cornerstone) would be joining BrokerLink to assist during the transition. In 2015, 8% of Intact’s direct premium’s written, excluding pools, were from policies sold through BrokerLink, Intact suggested in its annual report for 2015. BrokerLink operates personal and commercial lines brokerages in Ontario and Alberta, as well as Macdonald Chisholm Trask (MCT) Insurance, which has offices in Nova Scotia, plus one each in Moncton, N.B. and St. John’s Nfld.

“Wendy has dedicated five years to the IBAO Board of Directors, and we thank her for the contribution she has made to the association and the industry”, Brattman stated Thursday in an IBAO release. “We wish Wendy all the best as she looks forward to spending more time with her family and fulfilling other ambitions outside of the industry.”

James Purcell Insurance – purchased in 1973 by Brian Purcell’s father – is based in Spencerville, about 20 kilometres north of the Ogdensburg-Prescott International Bridge that crosses the St. Lawrence River.

Brian Purcell is former chair of the Registered Insurance Brokers of Ontario’s Certifications and Qualifications committee.

More News
Related
Insurers who fail to “adapt to what millennials are looking for” will let go of “majority” of customers: Intact president
IBAO & Intact partner to deliver information to customers electronically
The first priority for the Insurance Brokers Association of Ontario
Two Ontario, two Alberta brokerages join BrokerLink

1 Comment » for Cornerstone’s DaSilva resigns from IBAO board, Brian Purcell scheduled to be 2018 president