A severe storm that swept through central Alberta in the third week of June is estimated to have caused more than $30 million in insured damage, reports Insurance Bureau of Canada (IBC), citing figures from Catastrophe Indices and Quantification Inc. (CatIQ). 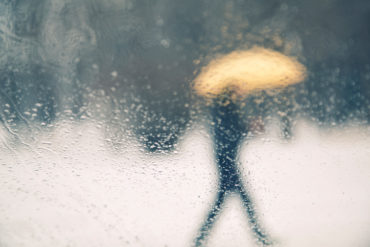 A low-pressure system on June 20 brought severe thunderstorms that produced hail and winds of more than 100 km/h in some parts of central Alberta, IBC notes in a statement Monday. Among other places, the storm hit the communities of Red Deer, Innisfail and Pine Lake.

Noting that strong winds were the primary cause of property damage, IBC reports wind brought trees down on top of buildings and cars as well as resulted in power outages that affected thousands of properties in Red Deer.

“Severe storms have been happening more often and with greater intensity across Alberta,” Bill Adams, IBC’s vice president, Western, notes in the statement.

“It is important that Canadians understand their insurance policies and what’s covered. It’s also essential to have an emergency preparedness plan and know what to do when bad weather strikes,” Adams advises.

Other parts of the Prairies have also been hit with severe storms over the past few weeks and months.

“At first assessment, the hardest hit areas appear to be in the south and west ends of the city,” notes a statement from the city. Stranded vehicles and power outages were also reported.

And on June 2, a thunderstorm over Saskatoon produced ping pong ball-sized hail. Aon Benfield estimates in its Global Catastrophe Recap for June that it is estimated the storm will cost more than US$30 million.

The “most significant” damage appears to have been to the east side of the city, as thousands of claims from affected vehicles and property were filed with insurers, notes Impact Forecasting, Aon Benfield’s catastrophe model development team. Total economic and insured losses were expected in the tens of millions of U.S. dollars.

Globally, the report notes floods and convective storms cost the economy US$5 billion in June.

B.C., Ontario, Quebec and the Maritimes have all also witnessed heavy rainfall leading to flooding and swollen waterways in May and June.

Related: May storms in Ontario, Quebec and the Maritimes caused hundreds of millions in damage and damaged more than 5,200 homes: Aon Benfield