Catastrophic and life-threatening flooding persisted over parts of southeastern Texas as of early Monday morning despite Harvey being downgraded from an anticipated Category 3 hurricane to a tropical storm. 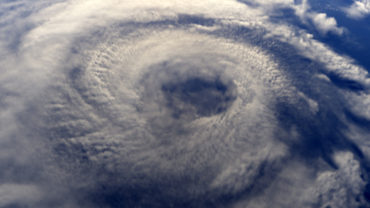 “Do not attempt to travel in the affected areas if you are in a safe place and do not drive into flooded roadways,” notes a public advisory issued at 4 am CDT by the National Hurricane Center (NHC), part of the National Oceanic and Atmospheric Administration in the U.S.

“Tropical storm conditions are likely to persist in areas of onshore winds within the warning area during the next couple of days,” the bulletin cautions.

A tropical storm warning was in effect for the area from Mesquite Bay to High Island, NHC reports in the advisory, adding that “catastrophic and life-threatening flooding continues in southeastern Texas, and flash flood emergencies are in effect for portions of the area.”

The bulletin advises that “interests elsewhere along the upper Texas coast and in southwestern Louisiana should continue to monitor the progress of Harvey.”

NHC pointed out earlier isolated storm totals “may reach 50 inches over the upper Texas coast, including the Houston/ Galveston metropolitan area.” Elsewhere, Harvey is expected to produce “total rain accumulations of 5 to 15 inches farther south into the middle Texas coast, farther west toward the Texas Hill Country, and farther east across south-central Louisiana.”

With regard to storm surge, the “combination of a dangerous storm surge and the tide will cause normally dry areas near the coast to be flooded by rising waters moving inland from the shoreline,” the bulletin explains.

AIR Worldwide reported Saturday that Harvey made landfall at about 10 pm CDT on the Texas coast with Category 4 winds.

“The eye of the storm crossed between Port Aransas and Port O’Connor, about 30 miles east-northeast of Corpus Christi,” notes a statement from the Cat modelling firm. Winds at landfall were approximately 130 mph, but Harvey has since weakened to a Category 1 storm with maximum winds of 75 mph, AIR Worldwide reports.

“On the forecast track, the centre of Harvey is forecast to move off the middle Texas coast this morning, and remain just offshore through Tuesday. Maximum sustained winds are near 40 mph with higher gusts,” NHC notes in the bulletin Monday.

“Some slight restrengthening is possible after the centre moves off the coast later today and Tuesday. Tropical-storm-force winds extend outward up to 175 miles,” the advisory adds.

On Friday morning, CoreLogic released an analysis that insured property losses for both residential and commercial properties from Harvey could be between US$1 billion to US$2 billion from wind and storm surge damage.

“This does not include insured losses related to additional flooding, business interruption or contents since rainfall is projected to last for several days,” reports the California-based property information, analytics and data-enabled solutions provider.

In Rockport, just four miles west of the landfall location, AIR Worldwide notes that extensive building damage has been reported. Among other things, this includes a large part of a high school caving in, a collapsed roof at a senior centre, and structural damage to the courthouse and other downtown buildings.

As well, a tornado was reported in Sienna Plantation early Saturday morning that ripped off roofs and caused severe tree damage. Although downed trees and powerlines are said to have blocked roadways in Corpus Christi, direct structural damage to building thus far appears to be limited, reports AIR Worldwide.

With regard to shutdowns, the ports at Corpus Christi, Galveston and Houston had been shut ahead Harvey, and about a fifth of crude oil production and natural gas production in the Gulf of Mexico had been shut down as of Friday, the firm adds.

AIR Worldwide points out that Harvey is the first major hurricane to make landfall in the U.S. since Hurricane Wilma more than 10 years ago in 2005.

“Its greatest impact, however, may be yet to come,” the modelling firm suggests. “Coupled with its extremely slow movement and massive amounts of precipitation, the storm is expected to unleash catastrophic flooding in southeast Texas, potentially extending to the Houston metropolitan area, which has become more vulnerable to flooding as a result of urbanization,” it cautions.

“Tropical storm activity in Texas had been relatively calm in recent years,” AM Best reports in a statement Friday. “The last major hurricane to make direct landfall in Texas was Hurricane Ike in 2008, a Category 2 hurricane covering a wide geographic area and causing nearly US$20 billion in damages industry-wide,” it notes.

“A.M. Best does not anticipate a significant number of rating actions for A.M. Best-rated entities to be associated with Hurricane Harvey,” the firm points out.

“However, rated entities with significant market share in the region impacted will be evaluated relative to A.M. Best’s previous loss expectations and any material deviations potentially could lead to negative rating action in the form of under-reviews, outlook revisions or downgrades,” the company statement adds.

“Harvey is the third Atlantic hurricane to form since August 9,” Phillip Klotzbach, a meteorologist in the Department of Atmospheric Science at Colorado State University and a nonresident scholar with the Insurance Information Institute (III), says in a statment from III.