How to go after online fake brokerages through the courts

Canadian courts have the power to try and shut down unlicensed brokers’ Internet sites, though there does not seem to be a simple, sure-fire way to guarantee that Canadians won’t find a fake broker on the web.

The Registered Insurance Brokers of Ontario issued two warnings in May to the public about Hidden Ace Brokerage, which purports to place home and auto insurance in Ontario. RIBO told Canadian Underwriter that Hidden Ace had not responded to RIBO’s queries and is not RIBO-licensed.

Canadian Underwriter asked Hidden Ace in May for its mailing address, legal corporate name, whether the company is licensed by RIBO, who the owners are, and whether Hidden Ace employs licensed brokers. As of press time, Hidden Ace has not responded. 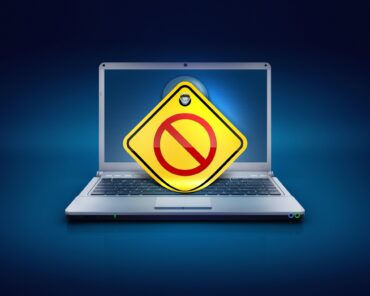 Canadian Underwriter approached several lawyers asking whether regulators can do anything when website operators are purporting to be selling a product (such as insurance), but are not licensed and therefore not authorized to provide the service or collect money.

Generally, the first step would be to try to find out whether the offending website is actually being hosted in Canada, said Barry Sookman, Toronto-based senior counsel and technology lawyer with McCarthy Tétrault.

Sookman was not asked to comment on Hidden Ace, RIBO, or broker licensing specifically. Instead, Canadian Underwriter asked Sookman to comment in general on what, if anything, the authorities can do if an unknown, unlicensed person is operating a website purporting to sell a product or service.

If the site is being hosted by a Canadian ISP, then there are ways to find out exactly who the website operator is. If the site is not being hosted in Canada, then one could still use the May 26 Teksavvy v. Bell Media as a precedent to ask a court to order Canadian ISPs to prevent Canadians from accessing certain Internet Protocol addresses through those ISPs.

A forensic investigator would know how to determine the Internet Protocol address from which a site is operating. From that, the investigator could determine whether a Canadian Internet service provider is hosting it, suggested Sookman. He is the former co-chair of the McCarthy Tétraualt’s technology law group and the former head of his firm’s Internet and electronic commerce group.

“There are ways you can find out which blocks of IP addresses different ISPs have,” he said. “The first effort, before even getting a blocking order, is to see where [the offending website] is located and if there is a way to get it down. Often that is impossible.”

If it turns out a website is hosted outside of Canada, and there is no other “reasonable way” of preventing Canadians from having access to the site, “then the courts do have jurisdiction to grant injunctions requiring ISPs to block web sites,” said Sookman, alluding to the May 26 Teksavvy ruling.

What the Teksavvy ruling says 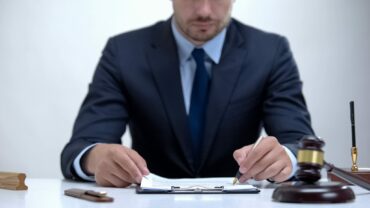 Teksavvy deals with alleged copyright violations and not insurance. It originated when Canadian broadcasters (Bell Media and Rogers among them) went after two “John Doe” defendants operating Goldtv.biz and Goldtv.ca, which were alleged to be providing unauthorized content subscription services.

The “John Doe” operators of Goldtv did not show up to argue against the orders.

Most of the ISPs did not object to the order. But Teksavvy opposed the orders on several grounds, and appealed the 2019 ruling to the Federal Court of Appeal. Among its arguments, Teksavvy said the subject matter under dispute fell within the Canadian Radio-television and Telecommunications Commission’s mandate and expertise. It also contended that site-blocking can be circumvented fairly easily by both users and website operators.

Broadly speaking, this means a court can issue an injunction that would apply to an ISP that is providing connectivity to Canadians to certain site, Sookman told Canadian Underwriter.

“I believe, in the right circumstances, a blocking order could be available,” Sookman said. But it would not be needed if the site is actually hosted in Canada.

In the original 2019 Federal Court order against Goldtv, the ISPs were ordered to block specific domain names from being properly translated into their corresponding IP addresses, and to reroute all traffic to a particular IP address away from that IP address to a non-existent destination.

The 2019 Federal Court order did not entail uniform resource locator (URL) path blocking, which would prevent users from accessing a specific path within a domain or subdomain.

In the 2019 ruling, Justice Gleeson noted that not all ISPs are technically able to block specific URL paths.

How to get around blocking 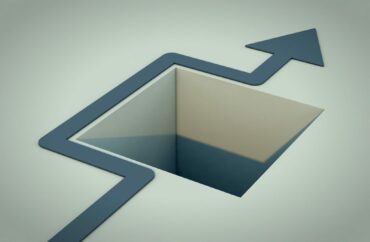 There are ways of getting around blocking, but Justice Gleeson suggested in his ruling that the DNS blocking and IP address blocking would still go a long way to prevent most Canadians from being able to properly access Goldtv.

Ways to avoid being blocked include configuring devices to access a DNS server other than that used by the ISP (thereby avoiding any DNS blocking an ISP may undertake) and using a virtual private network (VPN), meaning the user only needs Internet access to access the VPN.

“All other Internet connections are initiated through the VPN, thereby avoiding any blocking undertaken by the ISP,” as Justice Gleeson explained in his original 2019 ruling, upheld on appeal. “An operator of a blocked site may also take steps to circumvent site-blocking by registering a new domain name or creating a new server to host the blocked site at a different IP address.”

If it turns out a site is actually hosted in Canada, a regulator could go to court asking for a “Norwich order” identifying the owner of the site, Sookman told Canadian Underwriter. “If it is hosted in Canada, you don’t need a blocking order,” he said.

By “Norwich order,” Sookman is alluding to the British House of Lords ruling in Norwich Pharmacal Co. v. Customs and Excise, released in 1947

Essentially, a Norwich order is when someone asks a court to order someone else to provide a third party’s name. The person being ordered to provide a name is not a party to the dispute, but the third party is.

In the example of an ISP, if you think a website is violating your copyright, and that website is hosted by a Canadian ISP, then you could ask the court for a “Norwich order” identifying the owner of the website. The ISP is an innocent third party but is still subject to the Norwich order.

“The Internet consists of a series of ‘nodes,’” Justice Gleeson wrote in his 2019 ruling that issued the order blocking Goldtv. “Every device connected to the Internet represents a node. For example, when a website is accessed through a laptop computer, the server upon which the website is hosted, one node, connects with the laptop, another node.”

Each node has a numerical label known as the IP address, which is a numerical code “that can be unwieldy for users,” wrote Justice Gleeson.

“Instead of using an IP address, users generally use a name, referred to as a ‘domain name,’ to access a particular node. When a user seeks to connect to a node by using a domain name, the ‘Domain Name System,’ a directory that generally forms part of the ISP infrastructure, is automatically accessed and the domain name is associated with the appropriate IP address.”

URL paths will take a user to a very specific location within a domain, wrote Justice Gleeson.