Canada’s national trade organization for private insurers has combined forces with a not-for profit organization to transition anti-fraud services into a single entity.

Insurance Bureau of Canada’s (IBC) board of directors said in a press release Monday it has agreed to create an industry advisory group on fraud. The formation of the advisory group will lead to the development of a strategy to ensure a smooth transition of anti-fraud services into the single entity. 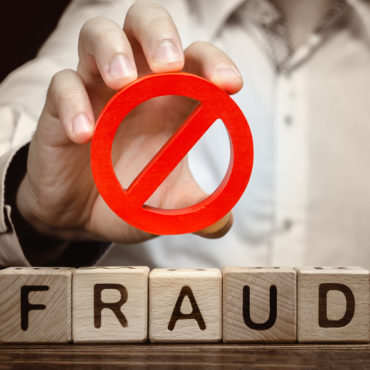 “Insurance fraud is a billion dollar societal problem that leads to higher premiums, wasted resources and the victimization of consumers. As insurance crime becomes increasingly sophisticated, our industry’s approach to detecting, deterring and disrupting fraud must evolve,” IBC told Canadian Underwriter Thursday. “Today, responsibility for fraud resides with many different players, making coordination and collaboration difficult. After extensive discussion, the industry found that providing anti-fraud services through a single entity would be the most effective way to manage and deliver them.”

The advisory group will include senior members of the insurance industry, with representatives from IBC and CANATICS. The group will begin meeting in late February or early March.

Jason Storah, chairman of the board of CANATICS and CEO of Aviva Canada, and IBC president and CEO Don Forgeron will co-chair the advisory group, working closely with the leadership teams at CANATICS and IBC. “We are currently in the process of establishing the group, but members will be senior level insurer staff with strong experience in claims, data, and insurance fraud. Once the group is established, there will be further announcements,” IBC added.

Storah said that combining the efforts of both organizations will strengthen the industry’s fight against fraud. “Fraud continues to grow more pervasive and more sophisticated, and it’s time to up the ante in our fight against it.” Storah was appointed CEO of Aviva Canada in July 2019 and as the new chair of CANATICS on Wednesday (he also serves on the board of IBC). He replaces Denis Dubois, who stepped down from the position after serving as chair since April 2019.

It is difficult for the industry to calculate how much insurance fraud costs. A 2012 report from KPMG estimated that insurance fraud could cost up to $1.6 billion a year in Ontario alone. “On an overall basis, the extent of fraud, and crime generally, is not something that is prone to measurement,” the report said. “Those who perpetrate fraud are focused on remaining undetected. As a result, it is generally not possible to directly measure the extent and cost of fraud.”

IBC noted that fraud comes in many different forms, including staged collisions, dishonest towing companies overbilling insurers, dishonest medical clinics asking injured claimants to sign blank forms, and policy misrepresentation. “It costs all of us through increased premiums, and strains on already overburdened healthcare systems, emergency services and court systems. Combining anti-fraud services through a single entity will ensure the industry is laser-focused on breaking the fraud cycle.”