Innovative technologies clustered on expectations side, most types of technology two to 10 years away: CIAA event speaker

The influence of technology will be more clearly felt in the next 10 or 15 years as opposed to the next few years, Duncan Stewart, director of technology, media and telecommunications research for Deloitte Canada, suggested during a Canadian Insurance Accountants Association event in downtown Toronto last week. 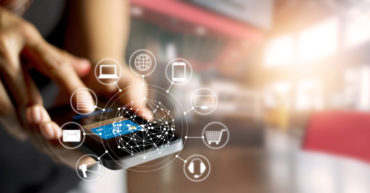 Citing the latest Gartner hype cycle for emerging technologies, “what Gartner is telling us, and I agree, is that the technology world of 2025 or 2030 is going to be shocking and amazing and incredible,” Stewart said at Tech IT Forward, sponsored by Deloitte Canada.

“But the technology world of 2020 is going to look an awful lot like the world of 2016,” he told attendees.

The vast majority of technologies on the 2016 curve – which illustrates the innovation trigger, peak of expectations, trough of disillusionment, slope of enlightenment and plateau of productivity – are clustered on the expectations side, Stewart reported.

Technologies – closest to farthest away from the peak – that have not yet reached the peak include connected home, blockchain, Internet of Things platform, brain-computer interface, personal analytics, general purpose machine intelligence and 4D printing.

“This one is shocking,” Stewart suggested of the 2016 cycle (Gartner releases updated cycles each summer). Regardless of what is being said, most of the technologies are still waiting to come up the curve, he told attendees.

“Gartner says these technologies are two to five, five to 10 or more than 10 years away. That’s weird. Normally, it’s much more balanced than this,” he reported. “So, big, big changes coming over the long term, but the short term is going to be pretty stable.”

One thing that is showing a distinct change is that consumers are spending less money on hardware, Stewart pointed out.

“Less money on hardware means more money for software, services and content. So there’s this shift in the tech world. People are keeping their old iPads longer and, instead, spending more money on data,” he said.

Looking forward, Andrew Lo, president and chief operating officer of Kanetix Ltd., said the inclusion of sensors in many devices will help advance some technologies.

The fact that sensors are now so low-cost and included in many devices sets the stage for driving forward machine learning and artificial intelligence (AI), Lo suggested.

There is “talk about the trillion-sensor economy,” he told attendees. Citing information from the Consumer Technology Association, the prediction is that by 2020, there will be five connected gadgets per user and 10 connected devices in the user’s home.

Noting that his phone has many sensors – including two cameras, a noise-cancelling device, a microphone and a barometer – “whether they’re used or not, they’re putting them in there anyway for future consumption,” he commented.

Citing a new product that uses an app to allow the user to attach “points” to personal belongings so they can always be located, Lo noted: “What if your customers will never lose a single thing ever again? How will you change content coverage?”

If these sensors are connected to all valuable things, “what are the use cases you can create?” he asked attendees. Responding “it’s almost limitless,” he said sensors are “all about aggregating and artificial intelligence,” which can then be used to identify need.

“Imagine when sensors and AI are now connected. And imagine that I got this device and I’m willing to provide all of its data to an insurance company. How will you now service me?” Lo asked attendees.

Another change could evolve around risk avoidance. “Consumers will expect personalized insurance based on risk avoidance instead of paying for probabilistic modelling,” Lo maintained.

“If I give you my data and I show you I can mitigate the risk, can you adjust my rates accordingly?” he asked.

This is already under way, in a limited way, with discounts offered through telematics programs, as well as use of fitbits, fire detectors and automatic emergency braking, Lo reported. “This is going to continue to happen and get even more and more advanced.”

The Internet of Things and associated proliferation of sensors could, ultimately, influence pricing and claims models, said Mukul Ahuja, leader of insurance strategy and innovation for Deloitte Canada.

This information can be employed to get a better understanding of the consumer’s behaviour, which could then be embedded into pricing and underwriting, contributing to generating improved pricing and claims models, he explained.

“I think, at the front end, there’s a tremendous opportunity to drive greater value in customer engagement interaction, to be able to learn from what customers are saying, how they wish to be engaged, what’s the best ways to offer the right protection, coverage,” he said.