Canada’s property and casualty industry – in need of a regulatory environment that fosters the innovation and responsiveness consumers are demanding – is at risk of losing pace to new competitors, Don Forgeron, president and CEO of Insurance Bureau of Canada (IBC), suggested Tuesday at IBC’s 16th Annual Regulatory Affairs Symposium. 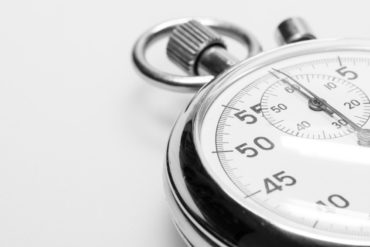 “We’re losing on the pace issue and I think that will bite us almost as much as regulation itself,” Forgeron commented during a Q&A session following the panel discussion, the State of Market Conduct Regulation.

“It’s not that debates aren’t important and the issues aren’t real and there aren’t regulatory issues that need to be discussed,” he emphasized to attendees. “We’re just moving too slow.”

Forgeron’s fear revolves around “the pace at which things are changing out there,” he said. “I don’t know what the threat is, and I don’t know what aspect of our business is most at risk, but somebody or someone is going to come along at some point, as Uber did, and create a need with consumers and they will not be playing by the same rules that we are,” he cautioned.

That disruptor will “ingratiate themselves with consumers to the point that consumers will demand regulators do something to allow for that to take place,” he predicted.

That may be why it is so key for insurers “to be the disruptors as opposed to being the industry that’s actually disrupted,” Forgeron said in an earlier speech.

“We don’t have the luxury of doing it right and doing it too late,” he emphasized.

The need to innovate and transform – and a regulatory framework that allows insurers to do so – “is a very real issue” for the industry, Forgeron suggested.

Saskia Matheson, general manager of Esurance Insurance Company of Canada and a panel participant, said during the Q&A that the Canadian insurance industry has “a history of being followers. We’re pretty good at saying, ‘We think that’s what the intent of the rule was and we want to be good corporate citizens,” Matheson told attendees.

“I don’t want that to end, which is why it needs to be a conversation, because it’s hard to be a disruptor in your own industry if you’re also always colouring inside the lines,” she argued. “That’s the challenge for us as companies. How can we be disruptors in the market without stepping over that line?”

Anatol Monid, executive director of the Financial Services Commission of Ontario’s licensing and market conduct division, emphasized that “one of the roles of the regulator is not to suppress disruption.”

Rather, the idea is to make sure “those organizations that are disrupting outside of the framework – and trying to take unfair advantage of the marketplace – that we are, in part, ensuring that improper conduct has not occurred,” said Monid, another member of the panel.

The concern is “those organizations that come from outside that are trying to operate off the framework,” he told attendees.

“Uber wasn’t an insurance issue; it was made into an insurance issue. The solution to part of the problem was found in insurance, but if somebody is coming in and trying to sell business without a licence,” he said, “we have to deal with them.”

Matheson maintained that “we need the regulatory structure that allows us to at least keep pace with what customers are already doing.”

Monid suggested the Canadian Council of Insurance Regulators, through its committees on such issues as electronic commerce, “is trying to respond to the practicality of the business that has to go on in the legislative and regulatory framework.”

Donald Griffin, vice president of personal lines for the Property Casualty Insurers Association of America, noted that balance is key.

“If our industry is to continue to provide products for consumers, then we need to figure out how we can strike that balance so we can increase the pace while still doing the things that our industry does as a financial institution, and that’s to protect the consumers,” Griffin, another member of the panel, told attendees.

Matheson suggested that one job of companies is “to push the boundaries a little and not just say, ‘Oh, that’s the reg; that’s the way we’ve always done things. I guess that’s the way it has to be.”

Instead, by making “the regulator a little uncomfortable with what we’re asking or trying, that tension will, I think, naturally start to push those boundaries.”

In his speech earlier, Forgeron noted: “We talk a lot about collaboration and co-operation and I do believe this is one area that screams out for the private sector and regulators to really roll up their sleeves” given the current pace of change.