Some motorists under the influence of marijuana believe they can drive safely: poll

More than four in 10 polled Canadians who have driven under the influence of marijuana reported they believe there was no impact on their ability to drive safely, indicate results of a State Farm Canada survey released Tuesday. 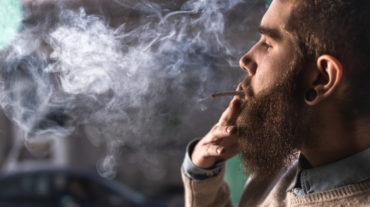 Results – issued with the kick-off of National Road Safety Week – show that 44% of those polled who have driven under the influence of marijuana do not think that doing so impacts their ability to drive safely.

Conducted in March, the online survey involved 3,000 respondents of driving age across the country.

In all, 59% of respondents said they believe there will be an increase in impaired driving if marijuana becomes legal (22% said no; 19% were unsure), while 70% reported that smoking marijuana and driving is as bad as drinking and driving.

Related: Admissibility of breathalyzer evidence in some impaired driving cases to be considered by Supreme Court of Canada

That said, 53% of those polled said they do not think police have the tools and resources to identify marijuana-impaired drivers.

“At a time when legislators and advisors are considering how to legalize marijuana, it is clear that Canadians have questions and are concerned about an increase in impaired driving,” John Bordignon, head of media relations for State Farm Canada, says in a statement. “We know marijuana impairs judgment and reaction time, so any move to legalize it has to be matched with safeguards to discourage drivers from getting behind the wheel while they are influenced by it,” Bordignon continues.

Asked what would change their behaviour behind the wheel, 20% of those polled said nothing would make them stop driving while under the influence, while four out of 10 said they think stiffer penalties would deter them, followed by more public awareness.

Related: More than 300 impaired drivers in Saskatchewan stopped by police in December: SGI

Asked how concerned respondents were about drug-impaired driving, 65% noted they were concerned, 19% said they were neutral and 16% reported not being concerned.

Of those polled, nine in 10 said that they have never driven under the influence of marijuana. And nine out of 10 respondents indicated they do not drive while on a prescription or an over-the-counter drug that recommends against driving.

1 Comment » for Some motorists under the influence of marijuana believe they can drive safely: poll