After nearly three decades as the head of Canada’s national mutual insurance association, Normand Lafreniere, who announced his retirement recently, talked to Canadian Underwriter about his work on three major files — income tax reductions, demutualization, and limiting banks’ and fintechs’ potential encroachment in the sale of insurance.

Lafreniere announced his retirement last week and is currently interim president of the Canadian Association of Mutual Insurance Companies (CAMIC), pending the arrival and on-boarding of the new president. CAMIC’s board is expected to make an announcement later this month, Lafreniere said in an interview Tuesday.

Lafreniere was asked about some of the big issues of the day facing mutuals throughout his 27-year career with CAMIC. He touched upon a number of issues from income tax reductions, to demutualization, to rules surrounding insurance for banks and fintechs.

Better access to income tax reductions for small businesses and farms were among the first benefits Lafreniere helped to secure for mutual insurers after joining the association in 1993. The federal government had put in place a tax reduction that allowed companies to reduce their taxable income if they did more than 50% of their business with farmers and fishermen. 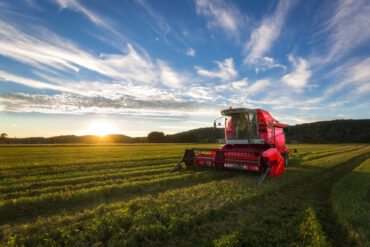 CAMIC lobbied the government on how to calculate the tax deduction, whether before or after claiming the small business deduction. The mutual association noted the difficulty of reaching the 50% threshold of doing businesses with farmers and fisherman; it lobbied for a lower threshold of 25% at first, and later 20%. Finally, it sought to help define what constitutes a farmer and farm property.

When mutual insurance companies were formed back in the 1800s, insurers used to charge premiums at the end of the year, as opposed to the beginning of the year, Lafreniere observed. The upshot of the timing meant that insurers weren’t profitable or taxable. For example, by the time of the Great Depression in the 1920s, many insureds did not have enough money to pay their premium; consequently, a number of insurers had to stop their operations or merge with a neighbouring mutual. Many mutual insurers then started to charge premiums at the beginning of the year.

Another longstanding issue for mutuals has been the banks’ desire to sell insurance at point of sale in their branches, which is prohibited by Canada’s Bank Act. More recently, the concern is about legislation or regulations that would allow banks to share bank customer information with unregulated firms like fintechs, which are not prohibited by law from getting into the insurance business, Lafreniere said. Here CAMIC asked that insurance regulations applicable to banks also be applicable to fintechs.

“CAMIC does not want fintechs being able to do through the back door what the banks cannot do through the front door. We want to have a level playing field.”

“Our role is to promote mutuality,” Lafreniere said. “We didn’t want to see regulations that would basically constitute an encouragement to demutualize companies.”

When Economical Insurance proposed to become the first P&C mutual to convert into a public company, CAMIC approached the federal government about the demutualization rules. (In January 2018, Lafreniere told Canadian Underwriter that he hadn’t heard any interest at all in demutualization from any of CAMIC’s members).

In addition to those ‘Big-3’ files, CAMIC has also been involved in flood prevention and flood insurance discussions with the federal government over the years. The negotiations have revolved around programs to help Canadians reduce the chances of being flooded and move homes out of floodplains. “This is not a solved issue,” Lafreniere told Canadian Underwriter.

Throughout his career, Lafreniere said, he has really enjoyed lobbying the federal government with member companies. “We have the participation of our members approaching their MPs [Members of Parliament]. So, whenever we wish to meet MPs in Ottawa, it’s much easier to get access to them because they already know us from their own riding. They know people from the regions. MPs like to know what their [constituents] are doing and what the issues are locally.”