One in three Ontario drivers admit to distracted driving: survey

About one in three (32%) drivers in Ontario admit to driving distracted because of their mobile devices, “and the number one reason for not focusing on the road is because someone called,” according to a recent Ipsos survey conducted for CAA South Central Ontario (CAA SCO). 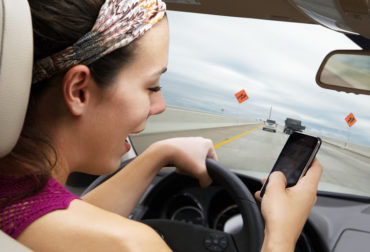 The survey, released on Monday, was conducted among a sample of 801 licensed drivers in Ontario, CAA SCO said in a press release on Monday. The credibility interval for the study is +/- 3.5 percentage points, 19 times out of 20.

In Ontario, it has been illegal for drivers to talk, text, type, dial or email using cellphones and other handheld devices since October 2009. Since Sept. 1, 2015, drivers who are caught breaking the law face a minimum fine of $490, plus three demerit points upon conviction.

“There is no excuse for driving distracted,” said Teresa Di Felice, CAA SCO’s director of government and community relations, in the release. “Making a phone call or sending a text message isn’t worth putting your life or someone else’s at risk.”

CAA SCO is a not-for-profit auto club representing the interests of two million members. As an advocate for road safety and mobility, the organization has collaborated with communities, police services and governments for more than a century to help keep drivers safe.

1 Comment » for One in three Ontario drivers admit to distracted driving: survey