A bill tabled Wednesday in the Ontario legislature, by a backbench Liberal MPP, would limit lawyers’ contingency fees in the province, for personal injury claims, to 15%. 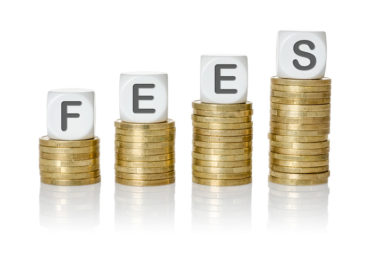 If passed into law, Bill 103 would stipulate that “contingency fees be capped at 15%,” said Mike Colle, Member of Provincial Parliament for Eglinton-Lawrence. Insurance Brokers Association of Ontario (IBAO) has previously advocated a cap of 25%.

A new section of the Solicitors Act would state:

In 2015, IBAO said in a release that it believes that Ontario lawyers’ contingency fees should be capped at 25%. At the time, IBAO was reacting to a study – titled Returns on Equity for Automobile Insurance Companies in Ontario – written by two professors at York University’s Toronto-based Schulich School of Business.

In that study – commissioned by the Ontario Trial Lawyers Association – professors Fred Lazar and Eli Prisman concluded that Ontario consumers “may have overpaid for auto insurance by between $3 and $4 billion for auto insurance over the period 2001 to 2013.”

Shortly after the OTLA-commissioned study was published, IBAO said capping contingency fees at 25% “would assist” in reducing auto insurance rates.

In a statement on Thursday, IBAO said that it supports Bill 103. “IBAO has been a strong advocate for the limitation of referral fees, voicing this recommendation as part of their 2017 pre-budget submission,” the association said in the statement. “IBAO calls for transparency in all legal costs surrounding auto insurance, including referral fees. Prescribing a consumer-friendly and publicly available fee disclosure report should be required by all legal actors in order to protect the interests of the consumer.”

“Insurance brokers across Ontario are working hard to advocate for affordable automobile insurance balanced with the benefits and protection of consumers’ needs,” IBAO CEO Colin Simpson said in the statement. “A major cost driver on the auto insurance product has been zealous litigation incented by contingency and referral fees. IBAO is supportive of Bill 103, which would help to protect consumers and keep costs down. All other parties in auto insurance industries are already required to disclose their compensation – it’s time lawyers and paralegals do the same.”

If Bill 103 is passed into law, personal injury lawyers would have to submit their ads to the Law Society of Upper Canada for approval.

The Law Society Act would require the society to review advertisements and approve them if they comply with the code of professional conduct and if they do “not contain any false or misleading awards, testimonials or statements.”

The Law Society Act would also “prohibit licensees from soliciting, accepting or paying a referral fee in respect of a personal injury claim.”

Colle, a former Ontario minister of citizenship and immigration, has been MPP for Eglinton-Lawrence since 1995. A former Metropolitan Toronto councillor, Colle’s riding encompasses an area bound by Highway 401 on the north, Eglinton Ave. on the south, Yonge St. on the east and the Canadian National Railway track on the west.