There are encouraging signs from government, municipalities and builders that resiliency needs to become part of building code conversations given that severe weather shows no signs of abating, suggested John Taylor, president and CEO of the Ontario Mutual Insurance Association (OMIA). 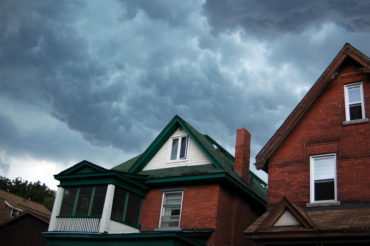 There appears to be “a real openness to say, ‘You know what? We’re going to make some changes to the code to pick up on water and wind resiliency,’” Taylor told Canadian Underwriter after OMIA’s Annual General Meeting, part of its 135th Annual Convention in Toronto from Mar. 29-31.

He cited as an example the move by Ontario’s Dufferin County to incentivize the use of prevention measures like hurricane clips to help bolster storm resiliency and combat severe weather.

In partnership with the Institute for Catastrophic Loss Reduction (ICLR), Dufferin County offers a rebate incentive to property owners or builders in a number of county communities who install hurricane clips during construction on all new buildings, additions or renovations, reports information on the county website.

This rebate program provides $4.50 for each installed and inspected hurricane clip used to secure the roof rafters or trusses to the top plate of the wall on a new construction project, the information notes.

Costing about $1 each, the clips can “prevent and reduce the damage caused by roof structures being torn from buildings and becoming airborne debris during severe storms such as downbursts, hurricanes and tornadoes,” it adds. 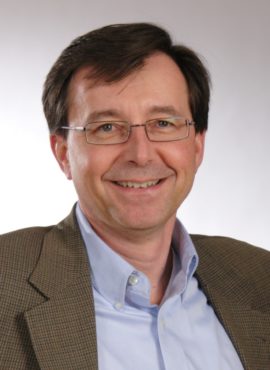 Though not directly insurance-related, pointed out Taylor (pictured right), the initiative “shows a municipality that’s saying we’re going to go beyond the building code, we’re going to make that part of what we think is right because we live in a windy county.”

In general, “in terms of our society, in terms of people in government, everywhere, it seems all of a sudden it’s like nobody argues that climate change is real and that severe weather is real,” Taylor suggested.

“I think there’s now been enough experience to know that it’s not just a three- or four-year cycle of wacky things happening in the weather. The science is there,” he emphasized. “It’s real and we’ve got to figure out a better way to make homes, particularly homes, safer and keep them together.”

That said, action on severe weather is needed sooner rather than later.

There are some forward-looking builders who seem to regard prevention – at the construction stage – as a good investment, he pointed out.

Builders, however, must balance being price-competitive with the demands of consumers – consumers who may not be open to paying extra, up-front costs related to backwater values, hurricane clips, better nailing on roofs and improved truss systems, he said. “That doesn’t sell a house the same way that nice finishes in the bathroom or kitchen do, or a finished basement,” he noted.

Despite the balancing act, though, “I think as more builders start to take it on and start to do it, it will become just expected,” Taylor said.

“The building code is really what the builders have to conform to. If that doesn’t change, then you’re into voluntary compliance and that’s a big uphill. That takes a long time, but I think it’s going to get there,” he added.

Organizations such as ICLR and Insurance Bureau of Canada have espoused the benefits of resiliency and prevention measures for years, Taylor said. “We’re aligned with that, we support that.”

Of course, funding for resiliency-related measures to combat severe weather is one way to help move the needle in the desired direction.

Insurance, research network Partners for Action, ICLR, “everybody that’s involved with the sort of public policy realm have been saying that there has to be money in to build resiliency into cities,” he said.

“Where our mutuals are, we’re very close to the municipalities,” Taylor reported.

“We understand there is no money at the local level to replace bridges and upgrade roads, let alone build storm resiliency. Something has to give somewhere along the line,” he argued.

There may be no clearer Canadian example of the good infrastructure funding can do than the Red River Floodway, constructed during the 1960s to protect Winnipeg from inundation by the Red River and severe flooding.

Championed by Tory leader Dufferin Roblin – and not so lovingly referred to as Duff’s Ditch or Duff’s Folly – is an example of “where an infrastructure investment has paid for itself so many times over,” Taylor said.

Considered a boondoggle, he said, “that’s the best boondoggle you can think of because it actually makes a very difficult situation manageable out there.”