Is the slow pace of regulatory change putting the industry at risk?

The insurance industry is at risk if regulators don’t recognize that consumer expectations are changing and allow consumers the choice of receiving their policy documents electronically, the president and chief executive officer of the Centre for Study of Insurance Operations (CSIO) said last week.

Speaking at Gore Mutual’s Fast Forward event in Toronto on Thursday, Catherine Smola cited a survey from the Insurance Bureau of Canada (IBC) in April that found that nearly six in 10 polled Canadians (58% of 1,200 polled) who pay for auto insurance indicate that they would choose to receive their insurance documents online or electronically if it were available to them (that number rises to 71% among millenials). 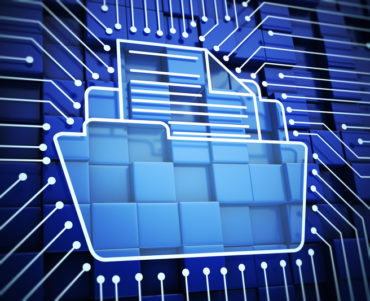 “Regulators have been difficult in recognizing that change, that consumer change, I would consider that a risk to us if they don’t get on board,” Smola said during a panel titled Technology and the Customer Experience. Consumers don’t realize that there is a “regulation roadblock,” and may think it’s the industry’s inability to deliver the technology. “We do have the technology; we’re just not able to use it in some cases.”

So far, Nova Scotia is the only jurisdiction that permits electronic proof of auto insurance. A spokesperson for the Financial Services Commission of Ontario told Canadian Underwriter Monday that “at this time, no timetable has been set for the approval of electronic proof of insurance in Ontario.”

Don Forgeron, president and CEO of the Insurance Bureau of Canada, said during a separate panel discussion that “auto insurance in Ontario is the bane of our existence.” Noting that millenials will make up the largest voting bloc in the next federal election, they will also make up the largest buying/marketing bloc for insurance.

“They are far more motivated that folks of my age to go out and get, they’re also not very loyal,” Forgeron said. “If they don’t get it here, they will move on very, very quickly. We’re an old – and an old-fashioned – industry that has been slow to change and modernize. I don’t want to have our industry Uber-ed or however you want to phrase it.”

In the first panel, Technology and the Customer Experience, moderator Paul Jackson, Gore Mutual’s chief marketing and distribution officer, noted that the industry is heavily focused on the auto line, “which causes us a world of problems, but ultimately underpins all of our businesses.”

Thomas Accardo is the co-founder of BrokerLift, which offers a cloud-based program that allows a brokerage to sell insurance products through an existing website. He said that as a technology company, BrokerLift doesn’t focus on auto. “Auto insurance is far too volatile for me to build a business around it, so we just kind of ignore it,” Accardo said.

Accardo added that there are “countless examples of other industries where that core product disappears or is disenfranchised and it creates a whole world of problems. In a video shown at the event, one broker said that “auto represents about 1% of his total revenue,” Accardo said. “He wouldn’t even notice it on his spreadsheet, on his quarterly report, if it just disappeared for him.”

The Technology and the Customer Experience panel also heard from Mukul Ahuja, senior manager at Monitor Deloitte and Randall Howard, angel investor and board director at Gore Mutual.

1 Comment » for Is the slow pace of regulatory change putting the industry at risk?