A trend seems poised to take flight whereby companies in need of drone services to gain specific insights will increasingly tap the expertise of third-party providers. 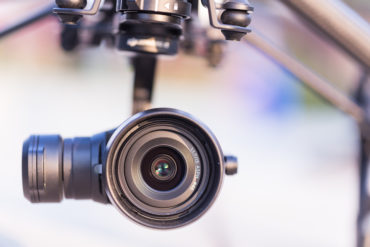 “I think third-party companies who provide services utilizing drones will be more common than having individuals at a company utilizing a drone and having a drone kept in a warehouse for a once-a-week or a once-a-year flight,” suggests Eric Schillup, a senior risk consultant with Zurich Canada.

Given the current regulatory environment, demands and restrictions related to drones, there are companies now specializing in drone operations, Schillup said in an interview with Canadian Underwriter in advance of his presentation at the upcoming RIMS Canada Conference.

These companies will have experts, know who to contact in certain regions and understand how to negotiate the regulatory environment to obtain necessary permissions and certificates in a timely manner, he notes.

For companies requiring occasional drone services, they will not need to maintain the units or incur related expenses, while for third-party providers, “your drone asset isn’t idle,” he says. The asset can be used on behalf of various customers, he adds.

Drones are often used when time is of the essence, including following damaging incidents and events.

“The issue with post-incident is it’s all about time, right?” Schillup comments. “You don’t want to have a customer delay salvage and recovery operations so that you can get the special permit before you supply your drone over the building that just had a partial burn-down, exposure or something like that,” he points out.

To obtain a Special Flight Operations Certificate (SFOC) from Transport Canada, a company needs to fill out the form, send documentation to the correct region and have the application assessed, which could result in approval, denial or modification.

“That process is, I don’t think, really useful right now,” Schillup suggests, with regard to the amount of time it can take to complete.

“That’s pretty much going to be the challenge for a non-government entity is how do you get the timeliness of a drone following an event,” he says. “For immediate use, it’s still a little challenging in our regulatory environment.”

An unwelcome development may be that the time needed to complete the process is among the factors contributing to decisions by some organizations to fly a drone without regulatory approval.

While companies may increasingly choose drone services over maintaining one’s own drone, that does not alter the considerable potential of drones as both post-incident and preventive tools. 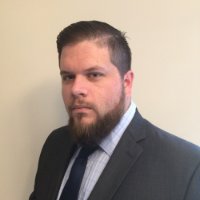 As drone technology is becoming mature, there have been significant improvements to visual sensors and “very, very high-resolution cameras being put on these packages that can be carried by the drone itself.”

Schillup says packages are available with infrared technology (can help with demographics, electrical scans and roofing exams); ultrasonic sensors capable of detecting elevation; and spectroscopy scanners (reads the radiation coming off a structure to potentially help understand the composition of construction materials).

“For us in risk engineering, one of the big concerns is how flammable is a roof, for example,” Schillup says. Electromagnetic spectrum details will be different for “something that would be non-combustible versus combustible,” he explains.

Asked if the current regulatory environment allows for optimal use of drones by insurers, Schillup reports his company is looking to third-party providers to explore a number of use cases.

These include using machine learning to identify existing hail damage on roofs, as well as employing topographical maps and models to then simulate how a flood or heavy rainstorm would affect a specific area.

Having that information in hand before an event takes place allows the information gathered to be used to gain a better understanding of possible outcomes, manage risk, reduce potential losses and have sufficient time to put in place solutions.

“Building don’t burn down every day, but buildings have maintenance cycles every day,” Schillup says. His view is that – for the insurance sector – drones are “going to be used a lot more, the assessment, the inspection scenarios versus the disaster recovery scenarios,” he adds.

“I found that there was a real narrowing in on what this will be used for in the insurance market,” Schillup notes. “My whole approach being in risk engineering, is we just want to prevent the loss. And if we can use another tool to prevent the loss, why not?” he says.

In terms of cover, Schillup suggests “whatever industry that wants to start utilizing this (drone) technology” will have to take into consideration a number of things.

This includes physical damage to a property from a drone during a flight operation, personal injury and personal information (people whose images are captured).

“What companies have to do is they have to look at the impact of the data they gathered, who owns it and what happens if there’s any compromising personal information on that data,” he explains.

“Drones themselves are getting cheaper, they’re getting more sophisticated, the packages that you can put on them are allowing people to do more than ever,” Schillup says. When all of those things are tied into increasingly common and relatively cheap machine learning and computer analysis, “it could potentially allow for a lot of applications that we couldn’t do before,” he contends.

Eric Schillup is scheduled to speak at the RIMS Canada Conference Sept. 24-27 in Toronto. Attendees of the session, Commercial Drones: Strategies to Reduce Their Risks, will learn about a variety of risk mitigation strategies for drone use and broaden their understanding of related risks and benefits.