Are you prepared for insurance quotes through Google Home and Amazon Echo? 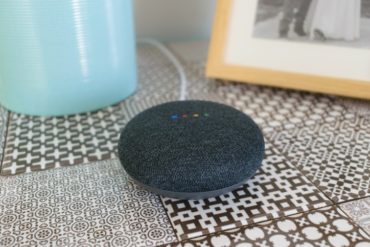 If you are a broker, would you be able to handle this voice request for an auto insurance quote? If not, you’d better start strategizing for it, because many are predicting that voice-activated smart speakers will be the next generation of disruptive technology. Consumers are already expecting to talk to smart speakers and get what they want.

“To me, the most disruptive technology in the next five years will be voice,” Shawn Kunungo, a general partner of the consulting firm Queen & Rook Capital, told brokers attending the Insurance Broker Association of Alberta (IBAA)’s 2019 Convention in Banff, Alta.

“The reason why I know this is because for every single technology before it, whether it’s A.I., internet, or any of these things, most of the people who are adopting these new technologies are usually nerds or geeks….[But] the difference with voice is the people who are adopting it. My daughter is two-and-a-half years old, she can barely put sentences together, but she is already telling Google to get stuff done for her. On the flip side, I have my mother, she is about 70 years old, she missed the internet revolution, she missed the mobile revolution, she is already telling Google, also, to get stuff done for her.”

Jeff Roy, CEO of the Excalibur Insurance Group, urged brokers to prepare for the voice revolution. In his presentation at the IBAA conference, Roy cited stats showing that 56.3 million smart speakers were sold in 2018. He cited another study suggesting that 30% to 40% of business will be done by voice.

“So, my question to everybody here is, ‘How does your audio strategy work?’ Roy asked his audience, primarily made up of brokers. “I think audio will become what cell phones were. Audio will be big with A.I., because you are going to talk to your device and it’s going to be smart enough using A.I. to know what you’re going to do. So how are brokers going to connect into that world? We have to pipe ourselves into that ecosystem. How are we going to do that?”

For his part, Roy started working with carriers that are already experimenting with audio technology. Roy said he worked with Aviva Canada in 2017 to introduce voice technology for Google Home. There were about “150 questions” the brokerage needed to answer on the audio version of Google, he said. And he worked with Wawanesa to bring in an Amazon Echo quoting engine, which the brokerage will introduce sometime over the next few months.

“I’m not sure if anyone is going to buy using audio, but we are willing to try,” Roy said. “Launch, fail, learn, fix. And we are going to learn how to brand it, so stay tuned.”

Kanungo is confident that customers will soon overcome any initial reticence about using audio technology for quoting insurance.