A Manitoba broker landed in hot water after filling in for a vacationing colleague whose commercial client wound up without business interruption coverage. 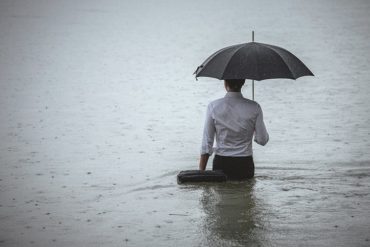 Broker John C. McDonald was fined $250 for his role in the coverage mix-up.

About a month before the renewal process, the colleague went away on vacation, handing over his client’s file to McDonald. In an email to the client on Nov. 2, 2016, McDonald requested information for the policy renewal. Twenty days later, he followed up in another email to the client; in that message, he wrote: “There is a question regarding BI coverage.”

McDonald had several conversations with the client about live bands during the week of Nov. 22 and Dec. 3, 2016. But he said he did not recall receiving instructions from the client about BI coverage.

The client’s recollection is that she confirmed BI coverage was in place in December, the week after the policy renewed. She assumed it had been in place because the bill for the policy was higher than expected. But when the business suffered a water damage loss in early January 2017, the adjuster advised the client that BI coverage for the business was not in place.

McDonald told council that his colleague had given him certain tasks to complete with the client during the vacation period. He said he completed those tasks, and placing business interruption coverage for the client was not among them.

“He reiterated that his task was limited to obtaining the [client’s] sales figures and that he considered everything else with respect to their renewal as having already been taken care of by his colleague,” council found in its decision. “When directed to his November 22, 2016 email where he states that ‘there is a question regarding BI coverage,’ [McDonald] confirmed that he knew business interruption coverage was a live issue at the time but that the [client] had never given him instructions to add business interruption coverage.”

The regulator found that McDonald owed a duty of care to his colleague’s client to make sure he had clear instructions from the client on BI coverage.

“Whether the file was his own or whether he had temporarily taken over the file in his colleague’s absence, the licensee’s duty to the [client] remained the same; namely to be clear, conscientious and diligent in his dealings with them and to provide them with competent guidance based on sufficient knowledge of the specific risks entailed.

“If the [client’s] understanding of business interruption coverage seemed muddled, it was the licensee’s duty to explain that coverage and its importance so that clear instructions could be obtained.”