A Manitoba brokerage recently found itself in hot water with the regulator for rebating premium money to a dissatisfied client. 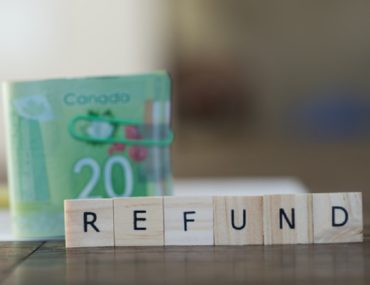 Insurance Council of Manitoba ruled that Donbar Agency Limited, which operates as Crossroads Insurance, should not have rebated an unhappy client’s premium by $164 – the difference between an initial quote and the final policy amount.

Premium rebating is not allowed under the province’s Insurance Act.

One central question in the case is whether brokerages should even be providing quotations on business before the client gives complete information on the insurance application form.

“Council considered whether providing quotes without obtaining all relevant underwriting information is in the best interest of the public, even if this is the expectation of the customer,” the Manitoba council decision reads. “Based on the complaint, it was the favourable price offered by the agency that attracted the client to move his business to the agency.”

The council’s decision does not name the central players in the case – including the client, his insurer and the brokers who were advising the client.

In this matter, the unnamed client started with an in-force home insurance policy with his insurer (called “Insurer A” in the decision), which was up for renewal. The policy included dwelling building cover for $226,000, no ground water cover, no payment plan and an annual premium payable of $798, plus tax.

Seeking a better deal with a different brokerage, the client approached Crossroads Insurance in December 2017. He received an initial quote of $550; the broker upsold him to include water damage coverage. After this and other adjustments (including for a bi-level home), the new premium was offered at $678 plus tax — about $100 better than his current rate. The premium was offered by Insurer A.

The client agreed to change brokerages to get the better rate. But at this time, the client had not provided his current insurer information to the new brokerage of record, Crossroads Insurance (he was already insured by Insurer A).

When the client returned to sign his application and other forms, he submitted a copy of his current policy with Insurer A. The Crossroads broker reviewing the application form explained to the client that the quoted rate would be different, because the quoting system provided unqualified discounts. (The current quote excluded the client’s mortgage, for example, and factored in the new client discount.). According to the council decision, the client left the office knowing the $678 plus tax quote was not guaranteed.

But the new policy, adjusted for the additional ground water coverage and a reduced building limit, was for $921.30, including tax and interest for preauthorized payments. Also, the insurer had denied the new business discount. To include it would have been unfair to the client’s previous brokerage, as the insurer explained to the Crossroads broker. The insurer was the same; only the brokerage had changed.

The Insurance Act specifies that when a policy differs from the application, an insured may reject the policy within two weeks of receiving the notice and pay the pro-rated premium, subject to the minimum retained premium. However, in this matter, the two-week period had expired by the time the client had been advised of the changes. The broker had not asked the insurer for the pro-rated cancellation option, nor did the insurer offer it. The onus is on the broker to ask for it, Council ruled.

The brokerage discussed several options, including re-marketing the policy to another insurer. It decided re-marketing wouldn’t be worth leaving Insurer A mid-term, as one broker in the discussions put it.

And so, the broker management team at Crossroads decided to rebate $164 of the premium. The general manager informed the client of the decision, made the payment to the insurer on her credit card, and the balance was applied to the client’s account. Insurer A’s ombudsman called the brokerage advising of a complaint that the payment ran afoul of the Insurance Act, which does not allow premium rebating.

“Council discussed whether the means by which the agency attempted to handle the discrepancy in the quote and premiums might be considered inducements if there had been an attempt to underquote new business for the purpose of obtaining the business, or as a rebate if the agency paid the premiums after the policy was issued,” the council decision reads. “While it could not make a determination in this file, it strongly cautioned the agency against making future premium payments on behalf of the insureds, either directly to insureds or directly to insurers as both of these actions are violations of the Insurance Act.”

The decision resulted in a $750 fine.