Do your clients really want digital delivery of insurance documents?

More than half of your clients want to receive their insurance documents in paper format, according to extrapolated results of Insurance Brokers Association of Ontario’s (IBAO) Going Paperless project.

“It’s not a slam dunk – just because somebody wants to go digital, whether it’s the broker or the insurance company – that the consumers want it,” IBAO CEO Colin Simpson said in an interview last week in advance of the association’s Oct. 12 virtual town hall on the topic.

“If you can compile all the statistics together, there’s probably about a quarter of the population that’s very happy to be pushed towards digital. There’s probably a quarter that are open to it, and then about half don’t want it at all.”

One of the reasons cited by consumers for paper delivery was “they might miss important information if it was electronic,” Simpson told Canadian Underwriter. About 8,000 consumers across Canada participated in the survey.

When asked, “How important is it for you to receive your insurance documents in paper format?” more than 50% responded in the affirmative, Simpson reported. About one-quarter wanted digital delivery and the other 25% said they “could live with digital. But the interesting part is that 50% wanted the paper.”

When asked for specifics, “the most common answer was that they just prefer paper,” Simpson said. Half of those consumers were concerned about missing details, indicating they were not comfortable reading the fine print on whichever devices they were using. About one-third cited security and privacy concerns. 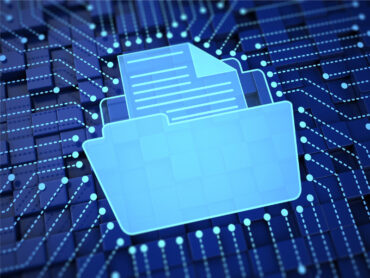 “And then some just don’t want to use digital technology,” Simpson said. “Interestingly enough, we had about 14% of those say that they didn’t have sufficient internet access.”

The Going Paperless project was broken into a few phases. One phase looked at barriers in the industry to going paperless. “There were some inconsistencies on how the industry was managing paperless transactions, mainly around the basic things like dec pages,” Simpson said.

The use of PDFs is one example. The project found some companies used one PDF for every document, while others broke some documents up into different PDFs.

“What that actually meant was that every transaction that came into a broker’s office, somebody had to manually go in and sort it out,” Simpson said. “And you can imagine the size of our industry; it just got a bit unwieldy.

“So, what we’ve set out to do is try and set some standards around what were in the PDFs, what was actually delivered and how it was labelled coming in to a broker’s office. That was very successful.”

Considering brokers service about six million people in Ontario, “we wanted to make sure that consumer choice was up front and foremost and that they got to choose the way that we as an industry interact with them,” Simpson said.

Trying to create consistency was the major objective.

The project also looked at the consistency around the use of industry codes in data fields in eDocs, which allow the download of documents from an insurer or vendor system into a broker management system. IBAO has been working with the Centre for Study of Insurance Operation’s INNOTECH committee, which has this on its priority list, Simpson reported.

“There’s no defined timeline but it’s definitely on their agenda,” he said. “And it’s priority, because we know that this is what holds back the insurance industry – if we can’t be consistent on the use of this standard. It’s nobody’s fault; it’s just subject to interpretation.”

Simpson added IBAO is still working with BMS providers to identify flags that need to be in place within the BMS to identify consumer preferences that can then be shared between insurers.