Economic forecast: What it means for the insurance industry 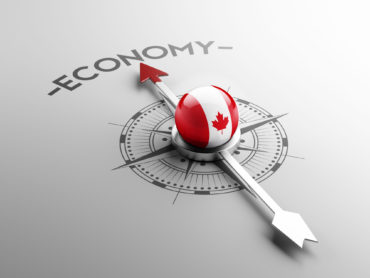 Canada’s economy is expected to pick up in the coming months after going through a bit of a cold spell. But risks both domestically and abroad could get things off-kilter, a recent report found.

An upward trend for the economy would be a positive for the insurance industry, as Craig Pinnock, chief financial officer of Northbridge Financial Corporation, told Canadian Underwriter earlier this month. For one thing, it would increase the value of carriers’ investment income, which they can in turn use to offset underwriting losses. On the other hand, economic uncertainty could send things the other way, not only because of shrinking investment income, but because businesses may decide to hold back on buying insurance coverage.

And so is the economy trending in a good way or a bad way for the industry?

According to business advisory firm Deloitte’s latest economic outlook, the economy stalled towards the end of 2018 and growth was missing from the first part of the year.

Deloitte sees signs of an uptick, including consumer spending being on the rise and diminishing weakness in the real estate sector. Business investment is back on the rise after three straight declines. That’s thanks to machinery and equipment spending “reminiscent of the mid-1990s boom,” the firm said in its outlook.

Deloitte’s optimism seems to echo the Conference Board of Canada’s thinking after the economy expanded by 0.2% in May, which marked the third straight month of growth. “This is yet another sign that the economy continues to recover from a weak start to the year, and it aligns with our forecast that overall economic growth would strengthen in the second quarter,” said the Conference Board’s senior economist, Constantinos Bougas. This progress “also gives the Bank of Canada more reason to stay on the sidelines.”

It’s all setting the stage for better upcoming performance, Deloitte forecasts. Although it figures annual growth will come in at 1.4% by the end of the year, 2020 could see growth at 1.7%, which it says is more in line with expectations.

Risks internationally and domestically, however, could pour some cold water on these positive vibes. Deloitte sees most provincial economies slowing this year before picking back up next year. The reasons for this vary by province.

In Alberta, for example, there is pessimism associated with mandated production cuts and increased unemployment. In Saskatchewan, Chinese restrictions on imports of canola and meat will reduce growth. In B.C. and Alberta, growth is expected to be halved because of housing concerns. Deloitte believes these issues will clear up in time for next year.

“With the recent escalation of political risks and the rise of certain economic headwinds, the market sentiment and growing anxiety is understandable, but it should not paralyze businesses,” said Craig Alexander, Deloitte Canada’s chief economist. “It’s important to realize we’re in the latter stages of the business cycle, which makes economies more vulnerable, but also signals a return to more sustainable growth.”

Yes, risks are present and it’s difficult to anticipate these days which way things may go, he added, but these concerns “should not dissuade businesses from staying informed and planning ahead.”