A $500 fine against a Manitoba broker illustrates the importance of documenting conversations with a client when advising on business interruption coverage in a commercial insurance policy. 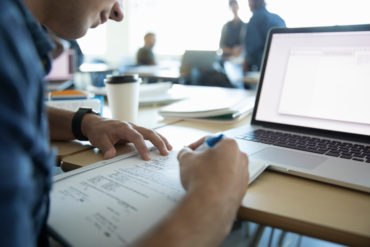 The broker, Edward Tetrault, provided a quote to his commercial business client on Nov. 2, 2015. The quoted included a $500,000 building limit on a replacement cost basis, 90 per cent co-insurance and a $1,000 deductible. Also included was a Loss of Income, Profits form—Actual Loss Sustained.

According to a decision by the Manitoba Insurance Council, released Monday, when the coverage was first arranged, the client asked the broker: “The quote u gave us are we able to shave it down a bit…Maybe take wage loss off and replacement at $400K.”

The broker believed the client understood the consequences of lowering the limits and eliminating the business interruption coverage, based on their discussions at the time the policy was purchased.

In September 2016, the broker attended the client’s business and noted the policy was up for renewal. He identified that the policy did not contain business interruption coverage.

“No follow up correspondence of the conversation and its outcome was provided by [the broker] to [the client] to confirm whether [the client] instructed the [broker] to apply the cover on renewal or rejected his proposal,” Manitoba’s broker regulator noted in its decision.

When the renewal came due in November 2016, the broker was out of the country and arranged for an agent to assist in the renewal. Council’s decision notes that the agent had not been told about the broker’s discussion with the client regarding the possibility of adding business interruption coverage. Although a reference to business interruption was contained in one of the agent’s emails, council said it was “unclear” whether that reference alluded to the September 2016 conversation between the broker and his client.

About two months after renewal, around Jan. 5, 2017, extensive water damage from a burst pipe closed the business. The business income loss was estimated at $40,000 and policy did not include business interruption coverage.

“Council noted that there were no file notes, correspondence or binders/cover letters outlining discussions of the important of sufficient building limits or business interruption between the [broker] and the [client],” council wrote in its decision. “Council believed there was insufficient explanation of the coverages or the importance of the coverages between the [broker] and the [client] in 2015 and in 2016. The [broker] failed to discuss the potential undervaluation of the building limits and consequences.”