A former broker in British Columbia is banned from applying for a licence for three years after the provincial regulator found he misappropriated funds received on behalf of an insurer for his own personal benefit.

Vladimir Prokopchik had been licensed as a Level 1 general insurance salesperson since December 2015. His licence with the Insurance Council of British Columbia was terminated in August 2019 for not completing his annual filing. 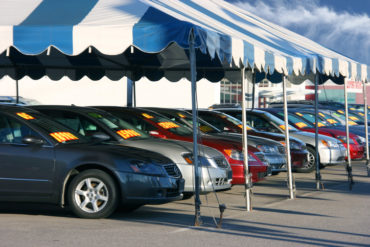 Between approximately March 2018 and May 2018, he misappropriated an estimated $2,484 in funds, the Insurance Council of B.C. ruled in a decision last month. The funds related to five insurance transactions between mutual customers of an agency that he was authorized to represent at the time and a motor vehicle dealership where he conducted auto insurance business.

The insurer and dealership arranged for applicable dealership customer insurance transactions to be billed directly to the dealership. Under this agreement, the insurer would pay the customer’s Autoplan premium and any other payments owing to the Insurance Corporation of British Columbia immediately as part of its daily transactions; the amounts would be included in the dealership’s monthly bill for reimbursement.

The dealership discovered the discrepancies, and Prokopchik admitted to not remitting the funds to the agency. He voluntarily repaid the missing funds to the dealership, and his authority to represent ICBC was terminated the same day.

Prokopchik told council that three of the transactions involving the willing participation of two dealership employees and the girlfriend of a third employee. These “dealership participants” paid the broker a portion of the total amounts they owed to ICBC. Prokopchik received $1,150 from the participants, while the dealership was charged the full $2,084. In addition, there were two transactions worth $400 that the broker personally kept rather than remit to ICBC.

Prokopchik claimed that the dealership participants had come up with the scheme and pressured him into it. To carry out the plan, Prokopchik processed the participants’ Autoplan transactions but only collected partial payment from them, essentially facilitating insurance discounts. The broker then kept the money intend for ICBC, which direct-billed the dealership for the full amounts.

The transactions were only supposed to be short-term loans, Prokopchik said. “He stated he did not view the conduct as theft because the participants were to eventually give him the remaining funds so he could remit the full amount to the agency as required,” Maddison wrote. “He also claimed he intended to advise the agency about the situation, but the dealership found out before he could.”

Council found it more likely that the broker had no intention of remitting the funds to the agency, and only did so after being confronted by the dealership’s general manager. In fact, he provided council with a written statement saying that he only intended to return the money after the misappropriations were noticed.

“Council does not accept the former licensee’s submission to the committee that he intended to repay the misappropriated funds and advise the agency of the situation,” Maddison wrote. “The former licensee admitted in the course of the investigation that he had been in a bad financial position during the period in which misappropriations occurred and needed money to meet his obligations.”

The regulator also found it irrelevant who came up with the misappropriation scheme. “The former licensee was a willing participant in either scenario and ought to have known that his conduct was clearly wrong,” Maddison wrote, adding, “of note, the former licensee was unable to offer council an explanation in regard to the two transactions for customers who were unaware he had kept their payments.”

Prokopchik expressed regret, advising that he has learned from the experience and would like to continue to work in the insurance industry. However, Council found a lengthy disqualification period was appropriate to communicate to the industry and public that such misconduct would not be tolerated under any circumstances. He was also ordered to pay Council’s investigative costs of $812.50.