Five storms that hit western Canada this summer are expected to result in more than $300 million in insured damages, while Catastrophe Indices and Quantification Inc. (CatIQ) indicated that initial estimates for the hailstorm and flooding in Calgary will double, costing the industry $600 million.

This makes the Calgary hailstorms and floods one of the top-10 costliest weather events in Canadian history, the Insurance Bureau of Canada (IBC) said. 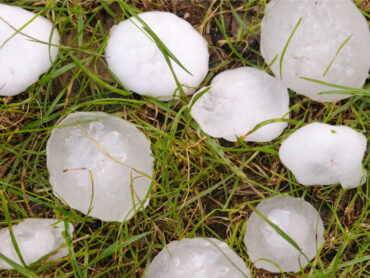 The following storms have been designated as catastrophes (events where insured damage estimates total more than $30 million) by CatIQ:

Between July 7 and 8, 2022, over $30 million in insured damages were predicted by CatIQ after strong thunderstorms developed over Alberta and Saskatchewan, with hot and humid conditions facilitating the creation of large supercell-type storms. At least one damaging tornado was confirmed near Bergen, Alta., and large hail damaged vehicles and homes in Ponoka and Oyen. Additional tornadoes occurred in Saskatchewan, along with local flash flooding.

Over $70 million in insured damages occurred across the prairies between July 15 and 17, after a series of thunderstorms brought heavy rain, large hail, damaging winds and downbursts. At least one tornado was confirmed in Alberta. Large hail damaged homes and shattered windows in Ponoka, Alta., while several tornadoes were confirmed in Saskatchewan.

A system tracking across much of western and central Canada left over $100 million in insured damages between July 18 and 21. Tornadoes cropped up across Alberta, Ontario and Quebec, and large hail, heavy rain and flooding occurred at points in between. Reported damage from southern Alberta to Quebec’s Gaspé Peninsula included homes, other structures, trees and powerlines.

A disturbance in the Canadian Rockies and central prairies between July 29 and 31 resulted in severe thunderstorms over the course of several days. At least two tornadoes were reported, along with large hail and flooding, resulting in $40 million in insured damages.

In the first two days of August, severe thunderstorms with large hailstones in central Alberta damaged windows, along with heavy flooding and rain, costing $55 million in insured damages. Storms produced wind speeds above 100 km/h, and drifted as far east as Saskatoon. Cars were left severely damaged along Highway 2 in Alberta, along with properties from central Alberta to central Saskatchewan.

IBC said immediate action is required to protect Canadians from the impacts of climate change.

“The July and August storms are a sobering reminder of the increasing risks facing communities across Canada,” Craig Stewart, IBC’s vice-president, climate change and federal issues said in a press release. “While the longer-term impacts of the climate crisis must be addressed, considering the increasing number of near-daily extreme weather events already occurring across Canada, we cannot wait to limit the impacts of climate change.”

Storm clouds build over a highway in southern Alberta near the town of Carstairs on Monday, July 4, 2016. Southern and central Alberta have been seeing numerous storm warnings and a few tornado warnings in the last few days as severe thunderstorms capable of producing strong wind gusts, large hail and heavy rain pass through the region. THE CANADIAN PRESS/Jeff McIntosh