How a lack of communication with other sectors is hurting insurance 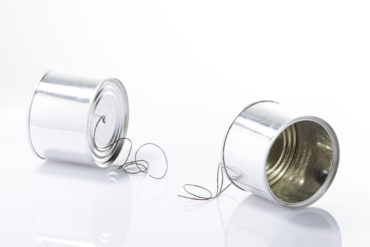 When change hits other industries, property and casualty insurance leaders need to be included in the process to assess the impact such changes would have on insurance, says one veteran broker. Otherwise, don’t be surprised when insurance pros are caught off guard when new trends emerge.

The current challenge facing auto lines is a perfect example of the lack of communication that goes on between industries, said Monica Woldring, recent winner of the CIP Society’s National Leadership Award. Car manufacturers designed these electronic marvels but the insurance industry was unprepared for the ripple effects.

“Nobody bothered to tell the insurance companies, ‘By the way, it’s going to cost more money to fix them now,’” she said. “So we didn’t get the opportunity to do the planning as an industry that we should have.”

Damage to vehicles is much more costly to fix these days. What used to be a few hundred dollars to fix a bumper can now cost thousands due to technology, like sensors. And because these bumpers often have to come directly from the manufacturer, it takes longer to get them. That means the insured has a rental car of a longer period, which creates added costs for the insurer.

“I don’t think, as an industry, we saw it coming. We didn’t understand that this was happening,” said Woldring, who is vice president of commercial insurance for InsureLine Brokers Inc. in Port Coquitlam, B.C. She spoke personally and not as a representative of her brokerage. Canadian Underwriter reached out to her after she won the award to ask her about the state of the insurance industry and broker business today.

“I believe we didn’t talk to the car companies enough,” she added. “The problem is people aren’t used to talking to the insurance companies and saying, ‘These are the innovations we’re making. Be prepared.’”

That goes across all industries, she emphasized, and it’s about time that changed. “The reality is we need to start talking to our customers about what their plans are. We need to start looking at innovation. Senior insurance people need to be talking to the senior executives in these other industries in trying to figure it out. I think it’s starting, but I don’t think it happened quite fast enough.”

Things certainly aren’t as predictable as they used to be, Woldring said. New risks are popping up faster than ever before. Yesterday it was sensors in vehicles. Today, it’s the boom of home-based businesses. Tomorrow, it will be autonomous driving technology. But when will tomorrow come?

“Risks are complicated,” Wolding said before going back to the example of people running businesses out of their homes. “People think that it’s a business and so they don’t need to tell their broker about it. “Do they understand that if they don’t tell their underwriters then their home insurance isn’t worth the paper it’s written on?”