By how much did premiums increase this year before COVID-19?

Global insurance accounts of all sizes and in all lines were hit by premium pricing increases in 2020 Q1, including increases in some areas that haven’t been seen in nearly 20 years, a new survey has found.

Premiums for all accounts spiked by an average of 9.6% during the first three months of the year, according to The Council of Insurance Agents & Brokers’ (CIAB) quarterly Commercial Property/Casualty Market Survey. Not only is that up from a 7.5% average increase in 2019 Q4, but it’s the 10th straight quarter of premium increases — and that means we’re in a hard market, said Ken A. Crerar, president and CEO of the CIAB.

Commercial lines saw an average increase of 8.7%. Digging deeper, umbrella policy pricing saw the biggest increase, up 17.3%, and commercial property was up 12% — the first time both lines have seen double-digit increases since 9/11, Crerar noted. Commercial auto was up 9.6%, marking the 35th straight month that the line saw an increase.

“Additionally, the uncertainty around COVID-19 put additional strain on the industry in the latter half of March,” Crerar said. “Respondents noted the current pandemic affected carriers’ ability to collect premium and the availability of coverage by the end of Q1.” 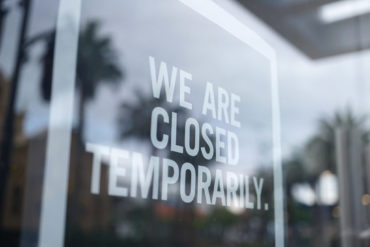 Even though the coronavirus pandemic only really started to take effect in the last half of the last month of the quarter, it made a significant impact — primarily because of business interruption.

The survey also reported that respondents were seeing increased scrutiny from underwriters for medium and large accounts. “Carriers were ‘scrutinizing loss records, including low-severity losses’ and putting more focus on ‘loss history, especially the cause of loss,’ and respondents agreed that carriers continued to increase their analytics capabilities for underwriting purposes,” the report stated.

The survey also asked about COVID-19’s impact on the industry; in particular, which areas of their business had been affected. Topping the list was carriers’ ability to collect premium (72%) and availability of coverage (66%).

“The major impact in the near term is collecting premiums. The waterfall June 1 renewals will be very telling,” one respondent said.

1 Comment » for By how much did premiums increase this year before COVID-19?