How new rules will make being a broker in Alberta easier 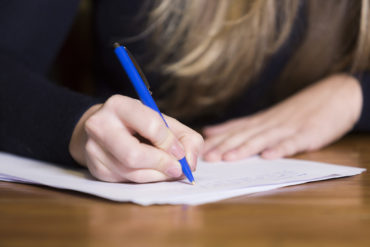 Cross another item off the wish list for the Insurance Brokers Association of Alberta. A pair of professional insurance designations are now approved as licencing equivalencies in the province – the Chartered Insurance Professional (CIP) and the Canadian Accredited Insurance Broker (CAIB).

Getting this done was important to the association as it was one of the items outlined in the IBAA’s white paper, Rescuing a Troubled Insurance System, put out this past summer.

And it’s the third item the association has knocked off the list. First, digital pink cards were approved in mid-August. The 5% auto rate cap was not renewed a few weeks later by the provincial government. While both moves were beneficial to brokers, digital cards were primarily a consumer issue and the rate cap affected carriers most. This licencing issue was key for brokers, which made crossing the hurdle that much more meaningful, according to IBAA chief executive officer George Hodgson.

The group has been pushing for this move as a way to help fill vacancy rates in the broker channel. Previously, Alberta residents needed to hold a licence from the Alberta Insurance Council to advise on or sell insurance. But the examination pass rate was only about 35%, Hodgson said. CAIB, for example, is around 60%, which is more closely in line with other professional designations.

“We have, at any given point in time, about 100 vacancies throughout the province. And that’s just in the broker channel. There’s probably two-thirds as many of that in direct writers,” Hodgson said. “What it will mean that, with a 60% pass rate, hopefully we can get more people in those seats.”

That’s not to say higher pass rates are thanks to an easier exam, he noted. In its white paper, the IBAA criticized the council’s curriculum as being vague. “So it’s very difficult to know what to study for,” Hodgson said. “Whereas CAIB is a very comprehensive designation and is a written exam as opposed to just multiple choice.”

A particular sticking point was that non-residents of Alberta could move to the province with a CAIB or CIP designation and be a broker. Those already living in the province could not.

“The irony was that B.C. and Saskatchewan already allowed the equivalencies. So people could get their license in Saskatchewan then transfer it to Alberta,” which is a more attractive employment destination thanks to its bigger economy, Hodgson said. “So people that were trying to get a license in Alberta were having more difficulty than people from outside of the province. That didn’t make any sense.”

Now with much of the “low-hanging fruit” out of the way, Hodgson said the IBAA can turn its attention to bigger issues facing the insurance industry in Alberta.

“The auto product needs some revamping and so we will be looking at that. The minor injury regulation needs to be tightened up a bit, so we’ll be looking into that as well,” he said.