Is Alberta next for no-fault insurance?

Alberta will move to a no-fault system for auto physical damage if the province’s brokers have their way.

That’s just one of 20 legislative and regulatory changes the Insurance Brokers Association of Alberta (IBAA) has recommended to Alberta’s Auto Advisory Committee in a white paper released March 9.

The white paper, The Framework: Fixing the Alberta Auto System, highlighted the increased costs associated with physical damage repair. Because the cost of repair is something beyond the control of the IBAA, the group said it needs to look at areas is can control — one of them being a move to no-fault.

Such a move would eliminate “all the costs associated with recovery and investigation where liability is an issue or the other party is unknown,” IBAA’s white paper says. “The deductible is charged by the primary insurer based on its client’s degree of liability.” 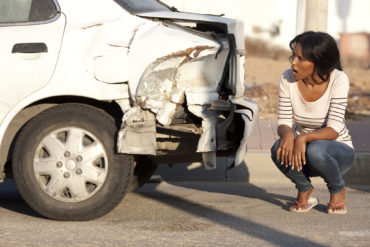 The IBAA’s white paper listed four primary concerns overall with the Alberta auto product. One being that increasing costs will result in a financially inaccessible system if no changes are made. The association wants to see better flexibility so that insurers can offer customers the ability to choose customized protection and options based on their financial situation.

The white paper also highlighted concerns around ensuring those who are injured receive comprehensive medical treatment — instead of just cash — to either recover or have “the best quality of life where recovery is not possible. Consumers deserve more choice in benefit plans, based on social and financial circumstances.”

Other concerns centred around charging drivers a price that equals their risk exposure; and giving consumers the option to choose whether they want to sue for injuries. “Consumers who suffer devastating injury should be safeguarded by retaining the right to sue in prescribed circumstances,” the white paper says.

Solutions to those concerns are listed among the IBAA’s recommendations (10 falling under each of legislative and regulatory). Other recommendations made to reduce costs for policyholders include allowing a deductible to be implemented for fire or theft claims; calling for higher distracted driving penalties that also increase as offences pile up; educating drivers about distracted driving dangers as a way to reduce collisions; educating about the risks of leaving keys in the ignition to reduce theft; and bringing in regulation to expand and standardize rating territories (there are only three in the province: Edmonton, Calgary and the rest of the province) to represent the different exposures faced by those living in metropolitan, urban, rural communities.

“IBAA is making these recommendations because we believe there is tremendous opportunity to reform the Alberta auto product while both providing coverage choice and premium options,” the group wrote in the white paper. “Ultimately, the goal is to preserve stability of automobile insurance for Alberta consumers.”

8 Comments » for Is Alberta next for no-fault insurance?