A husband and wife working in the same brokerage are the latest to have been caught in the dragnet of the B.C. toll bridge fiasco, which has already resulted in licence suspensions for a handful of the province’s brokers. 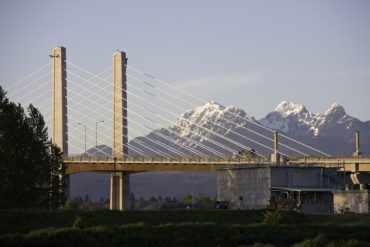 In this case, however, both members of the couple received elevated disciplinary penalties because they used false toll bridge transaction receipts to benefit themselves and not just their clients, the Insurance Council of B.C. found.

Not only that, but when confronted with their actions by investigators of the province’s public auto insurer, the Insurance Corporation of B.C. (ICBC), the husband and wife both independently lied to investigators and tried to pin the blame on a brokerage manager. They did this, council found, while discussing the matter at home, which each had denied doing in separate interviews with investigators.

In assessing the penalties, council found that the couple did eventually own up to their lies to ICBC investigators, and that the brokerage had already disciplined the brokers internally, severely limiting their commissions over a significant period. Council submitted that both had learned their lesson.

The Forsbergs are among several brokers who have received licence suspensions arising out of the toll bridge debt cancellation scheme.

B.C.’s provincial government made it free to cross the Port Mann and Golden Ears bridges in September 2017. That left the bridge toll overseer, Transportation Investment Corp. (TI Corp.), to collect about $75 million in outstanding bills from drivers. Four months after the tolls were eliminated, drivers still owed more than $40 million in unpaid tolls.

To help collect the funds, the ICBC Autoplan Manual includes a toll bridge restriction requirement that “customers who have unpaid toll bridge fees are subject to a refuse to issue (RTI) by ICBC on their driver licenses, vehicle licenses and insurance policies.”

Brokers are allowed to process only two types of transactions for customers who have an RTI restriction: non-licensed transactions and temporary operation permits that can last for a period of one to 15 days.  No other transactions are permitted unless the customer has resolved his or her toll bridge debt directly with the toll bridge administrator.

However, an apparent glitch in the ICBC system allowed brokers to bypass a customer’s toll bridge debt, essentially overriding an RTI restriction, by entering a combination of any two letters followed by any five numbers (the equivalent of a false receipt number). A handful of brokers have been disciplined over the past year for using the false receipt numbers to provide insurance to consumers who still had RTI restrictions in place (which prevented them from renewing their car insurance).

ICBC “determined that [Suzanne] had facilitated the processing of two Autoplan transactions for her own vehicles with an RTI restriction by knowingly providing false authorization numbers to another staff member of the agency to remove the RTI restriction,” as the Insurance Council found.

The Insurance Council found that it was more likely that the two had colluded with each other on how to respond to the ICBC investigation while they were discussing the matter at home. Council commented on the strange coincidence that both members of the couple had independently blamed the manager although neither said they they had talked to one another about the case.

Furthermore, council found, Harry Forsberg’s evidence was “inconsistent,” in that he told investigators that his wife informed him about the “glitch” and the bypass, but that was “contrary to [his initial] evidence [to ICBC] that they never spoke about work at home (which  the  hearing committee also does not accept).

“The hearing committee finds it inconceivable that a married couple, who are not only in the same industry but work for the same company, would not, even once over a period of several months, discuss an ongoing investigation by ICBC about a scheme which they both knowingly took part in and [that], by the autumn of 2015, at least one of them knew that they were being investigated because of those actions.”