How to motivate brokers on the front line

In a blog post for Harvard Business Review, authors Lindsay McGregor and Neel Doshi implemented an experiment to transform the operating model of four stores in a retail organization. To build a genuine sense of purpose and meaning, employees in the experiment stores were taught how to connect every product, process and policy to the benefit and impact they had on customers. If they couldn’t connect an action to a customer outcome, they were taught it was safe to ask questions until they understood. 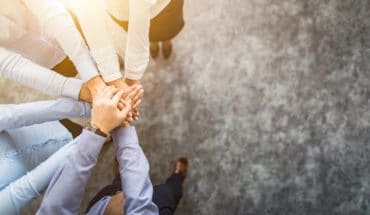 The result? Productivity (revenue divided by expense) increased by 20% year-over-year, customer satisfaction was up 11% and sales increased 8%. “We believe that by taking similar steps, the average organization can improve performance even further,” the authors wrote.

Aside from building purpose and meaning, brokerages should focus on three other key objectives:

To reduce economic and emotional pressure, the stores in the experiment eliminated high-pressure motivation tactics, including sales commissions, high-pressure conversations, sales-based promotion criteria and public shaming. “We explained to leaders that great leadership isn’t about pressure people to do their work. Rather, it is about inspiring your people to want to do their work well, so they can perform adaptively.”

To drive performance with play, the focus was on increasing experimentation. Each store maintained an idea board that tracked primary challenges to solve and ideas for solutions. Colleagues could add any ideas they had, whenever they wanted. Employees were asked to choose an idea on the board and experiment; every person was expected to own at least one experiment at a given time.

Experiments had to be doable on the job using only the budget, tools and time already allocated to each store. Once an experiment ended, lessons were systematically captured and shared. “There was no pressure for an experiment to work as long as something was learned. If an experiment didn’t work, the team wouldn’t throw it out, but instead would seek to understand why and launch a different experiment.”

In a culture of apprenticeship, each store was given a set of 30 frontline skills for employees to learn, including things such as “generating ideas through sales and service data” and “building advisory relationships with prospective customers.” Everyone was asked to choose the skills they believed would most improve their performance if they learned them. Leaders could help, but the ultimate decision was up to each individual. “The point of this was to make it easier for colleagues to seek help with learning skills from their colleagues.”

Every week, employees would have a brief discussion with their leader about how they were progressing on learning their skills. “As leaders and colleagues focused on skill development, performance problems were no longer met with blame and defensiveness. Instead, if a colleague was struggling to perform, the immediate focus became learning and teaching.”