A course on basement flooding risk will likely be available to Canadian property and casualty insurance brokers within the next year, Blair Feltmate, head of the Intact Centre on Climate Adaptation, told Canadian Underwriter Monday.

The Intact Centre also plans to offer – later this month on a pilot basis – a course in five cities to roughly 400 brokers out west, said Feltmate, who is also a professor at the University of Waterloo’s school of environment, enterprise and development. 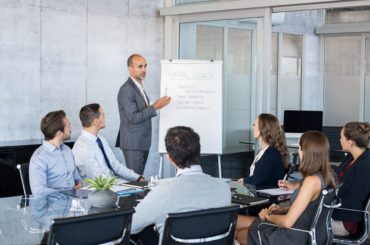 The aim is to give brokers “effectively, a crash course” of roughly two to 2.5 hours’ duration, Feltmate said. For a broker, the topic would focus on “what you need to know … sitting across the kitchen table from a [homeowner] client” who needs to learn about basement flood risk and how insurance can respond, Feltmate suggested.

The Intact Centre is working on a total of three courses: one for P&C agents and brokers placing home insurance; one for real estate agents; and a third for real estate mortgage brokers.

For insurance brokers, the “pilot” version of the course will be held in five separate cities (Winnipeg, Calgary, Edmonton, Victoria and Vancouver) this month, Feltmate said.

Each of those five sessions will be open to roughly 30 to 40 brokers.

Feedback from those sessions will be taken into consideration when rolling out the training Canada-wide.

The three courses for insurance brokers and agents, mortgage brokers and real estate agents will be based on a course for home inspectors scheduled to roll out this September at several Ontario community colleges added Feltmate. That college course – which is scheduled to be available Canada-wide by February, 2019 – is intended to help home inspectors assess residential property flood risk.

The aim of the pilot courses this month in five Western Canada cities is to get feedback and determine how it can be improved.

The hope is that brokers can advise homeowners on “what they need to know in reference to working to protect them from having a basement flood, starting with what your insurance coverage is, what’s the difference between overland and sewer backup flooding,” Feltmate said.

Feltmate made his comments during an interview about an Intact Centre report – After the Flood – The Impact of Climate Change on Mental Health and Lost Time from Work – released Monday. That report was based on interviews with Burlington, Ont. residents last year. Burlington got nearly seven inches (196 mm) in seven hours on Aug. 4, 2014.

The study was financed both by Intact and by Manulife Financial.

The Intact Centre conducted interviews both with flood victims and a control group of Burlington households not affected by the flood.

The line of questioning was around lost work time, sleeping difficulties, worrying and stress and health problems such as breathing difficulty, stomach cramps and sleeping problems.