In Quebec, the government’s Société de l’assurance automobile du Québec (SAAQ) pays compensation for bodily injuries, while private insurers handle vehicle damage. (A portion of licence renewals goes into payment to the SAAQ.) Quebec’s no-fault system, known as the Direct Compensation Agreement, has been in place since the 1970s.

The province’s public-private hybrid model works well for both brokers and their clients because claims are settled quickly, said Curtis Killen, president of KBD Insurance in Montreal. The downside is that bodily injury compensation for accident victims is low; on the flip side of that, Quebec may see less insurance fraud than in other provinces.

“One of the pros is that we don’t have the fraud problem that you have in Ontario,” Killen said as an example. “There’s a huge issue with bodily injury fraud in Ontario. That doesn’t exist in Quebec because you don’t get that much money out of it. There’s no incentive for people to defraud the system when it comes to bodily injury. The biggest fraud you’ll get is someone faking a fender bender… you’re not getting million-dollar fraudulent claims.”

Claims are settled much faster than in other provinces, Killen said, because each insurer is responsible for compensating the policyholder for property damage suffered regardless of who’s at fault. “It just speeds up the process and time equals money. It keeps costs down for everybody.” 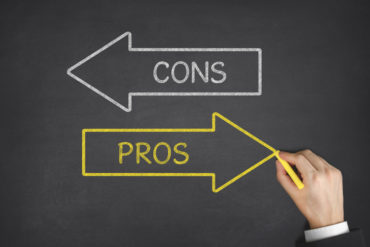 Critics of Quebec’s hybrid insurance model have labelled the government’s bodily injury payment tables a “meat chart” because amounts are strictly defined. For example, the maximum amount paid when an accident victim is in a vegetative state (“lump-sum indemnity for a diminished quality of life”) is up to $256,383. For an accident victim without a spouse or dependents, the lump-sum death benefit is $58,603. “It’s not a lot,” Killen conceded.

But one reason why Quebec changed to this model was to prevent exorbitant legal costs associated with resolving a dispute about who was at fault in a car accident, Killen said. “For example, if both parties in an accident claim they were not at fault, how does the insurance pay out?” he said. “Well, they need to duke it out in court, which costs money for both insurance parties. It [takes] longer for the broker and longer for the client.”

Under the current system, Killen said, “it all evens out in the end for the insurance companies, and you essentially eliminate legal fee costs, which are extremely expensive.”

“I’m not up-to-date on what’s going on in Quebec, but last I heard, that system was functioning very, very well,” McArthur said last month. “The private insurers have no play at all on the bodily injury side, but they can price the physical damage appropriately to make an underwriting profit year after year, after year after year. And the injured automobile victims are looked after very much like a workers’ compensation system. At the end of the day, that may be the best thing for all of the provinces to do.”

Under B.C.’s new Enhanced Care model, the new catastrophic lifetime limit will increase $7.5 million (which may even increase) if proposed legislation passes. Killen said this may encourage fraud, as it can be very difficult to prove in certain cases that somebody is or isn’t injured.

“You’re going to have people that are honest, but be careful, they’re getting rid of the lawyers,” he said. “All of a sudden, you’re going to have people defrauding the system and that’s going to shoot up the price [of premiums] probably even more. It only takes a small percentage of people defrauding that’s going to ruin it for everyone else. If they give carte blanche for bodily injury, I don’t think it’ll be good in the long run.”

In Quebec, it’s not a coincidence that the province has relatively cheap auto insurance, Killen said. “I think one of the reasons we do have one of the lowest insurance in all of Canada is because we have a very healthy marketplace and industry when it comes to home and car insurance,” he said. “There’s a lot of businesses competing to try and earn your business. If one company wants to gouge their clients and increase their rates too much, there’s 10 other insurance companies ready to take them as a client.”