The impact of dire unemployment on P&C

George Hodgson was blunt in his observation of what would happen if fears of a 25% unemployment rate come true in his province.

“It’ll be horrendous,” the CEO of the Insurance Brokers Association of Alberta told Canadian Underwriter of the potential that at least quarter of the province’s workforce — half a million people — could be out of work due to the COVID-19 and falling oil prices.

He also didn’t disagree with Alberta Premier Jason Kenney’s dire outlook, shared during an online energy conference on Apr. 7. Such a mark would be the highest unemployment rate the country has ever seen.

“I think the Alberta economy is being very uniquely hit by the COVID-19 pandemic because you couple that with what’s going on with oil prices and where the economy was before the pandemic hit — it’s a pretty unique situation,” said Celyeste Power, western vice president at Insurance Bureau of Canada. 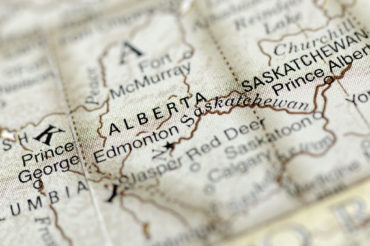 The insurance industry will feel the pressure on a number of fronts, both Hodgson and Power noted. With that many people out of work, many businesses will be shut down permanently — and that means fewer buying commercial insurance. Hodgson said he’s heard of a fairly large restaurant chain in Western Canada that has gone bankrupt. The announcement hasn’t been made public yet, so he couldn’t speak to which business was in trouble.

“That means a whole bunch of people are out of work. That means that company, whoever they’re insured with for commercial insurance, isn’t going to be paying that anymore,” he said.

Cashflow could become a problem for insurance companies and brokers, he warned. “The 25% unemployment rate also means that, on the commercial business side, [the impact] is going to be huge,” Hodgson said. “So, yeah, the effect is going to be substantial.”

Premium affordability will be the main issue going forward. It’s already been a long-standing challenge in Alberta, given that the province was already dealing with the effects of a hard auto market. But if people are out of work, the problem potentially becomes exacerbated. How can those out of work continue to afford their insurance premiums?

“At the end of the day, top of mind at IBC, and from an insurer and government perspective, everybody is thinking about affordability,” Power said, noting that short-term solutions like rebates and discounts are being offered. “But I think we really need to keep our eye focused on the long-term affordability of this product as well.

“Discounts help today, but a year from now or six months from now, while we might not technically be in a pandemic, we will be facing some economic pressures. So that’s why we want to keep working with the government on making auto insurance more affordable in general for people … Quite frankly, it does not need to be as expensive as it is today.”

For brokers, it’s a matter of finding ways to help their clients if the economy takes a turn for the worst. Go to your insurance company and see what else they can offer to your clients, Hodgson recommended to brokers.

“In terms of their home, there might be — I don’t know for sure, I’m just guessing — an opportunity to say, ‘Hey, I’m in my home all the time now,'” he said. “So whatever I’m paying for burglary and vandalism and those sorts of things, it’s highly unlikely to happen. So maybe I should take that off.’”

Hodgson acknowledged that these would be small things to help clients. “But in terms of big dollars, there’s not a lot that you can do.”

From the insurer perspective, it’s all about continuing to be there for their customers, Power said. “We’re used to being a stabilizing part of any sort of community in any province. I think we’re trying to make sure we have our operations in place to continue to be that stabilizing presence,” she said.

That means being prepared for wildfire and flood season so they’re able to react quickly to whatever situation arises. “I think that’s where most of our members are focusing right now — making sure we’re there for our customers today and for what could happen as we approach wildfire season, flooding season,” Power added.

1 Comment » for The impact of dire unemployment on P&C