The emerging risk that presents an opportunity for all commercial brokers

Brokers can set themselves apart by starting a conversation with clients around a relatively new type of coverage: intellectual property (IP) insurance, a specialist insurer told Canadian Underwriter recently.

CFC Underwriting said it is seeing more interest in this type of insurance, which covers things like: 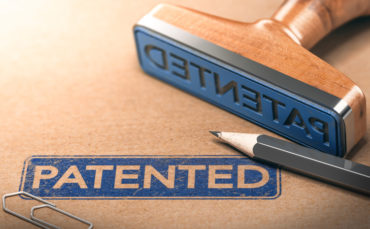 “I think if brokers are interested in emerging risks, this is a really interesting class to get involved with,” Erik Alsegard, intellectual property practice leader with CFC, said in an interview earlier in September. “Bringing this up may set that broker apart, because it may not be something that everyone is aware of or thought about at the moment.”

IP risks are sector-agnostic in that many “sectors have some component of IP risk inherently,” whether they are in the manufacturing or energy space, a software company or in the automotive sector, Alsegard said by way of example. “I think brokers across the board may have an opportunity.”

Alsegard thinks there is also a disproportionate risk for smaller and medium companies. “If a small company has an IP claim brought against them, it can be quite catastrophic,” he said, adding that the company may not have the resources to handle the claim or even understand how to act appropriately. “A property claim may not have the same impact on a business if that business is entirely focused on developing their intangible assets.”

While there are similarities between IP and cyber risk, there are some major differences, too. While cyber attacks make the news, IP disputes tend not to. One of the reasons for that is they are often settled outside of court. Still, CFC sees the trajectory of the IP market nearing that of cyber.

If IP is a new topic for a broker, it may seem a little daunting, but it doesn’t have to be complicated, Alsegard said. “If the broker wants to find out more about the IP risks a company has, quite often it might emanate from a contract of some sort,” he explained. “In the case of a supply chain, if they are licensing or selling product, quite often they find themselves with some sort of IP exposure, whether it’s in-licensing or out-licensing. That’s an important conversation to have.”

While certain aspects of IP might be covered in other policies, a client may not have patent coverage, for example. It’s important that clients aren’t too comfortable with the idea that they might be covered for IP in their existing policies, as traditional policies have fairly limited IP cover or come with a lot of exclusions.

On Sept. 12, CFC launched an IP insurance guide including tips on how brokers can start the conversation with their clients, as well as some examples of how an IP policy would respond. The guide also dispelled some common misconceptions. For example, just because a company doesn’t have its own IP, that doesn’t mean it’s not at risk of infringing someone else’s.

“You don’t have to be an IP expert, but having those conversations can be relevant,” Alsegard said. “The biggest hurdle is demystifying it.”