The percentage of adults 25 and older who live with parents has nearly doubled over the past generation, Statistics Canada reported last week. 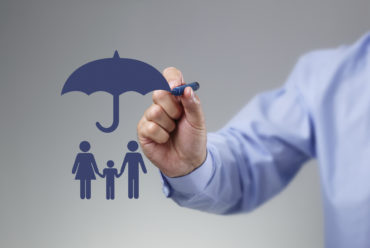 “If your young adult lives at home and does not have their own vehicle (but they have a driver’s licence), then they’ll need to be listed on your policy,” advises InsuranceHotline.com, part of Kanetix Ltd.

As a general rule of thumb, if a person drives your car regularly or lives in your household, they should be named as a driver on your auto insurance policy, adds InsuranceHotline.com.

In 2017, nearly one in four (24% of) Canadian men aged 25 to 34 lived with a parent, compared with 19% of women in the same age group, Statistics Canada said Feb. 15 in Spotlight on Families in Canada, part of StatsCan’s Family Matters series of articles.

Tenants who rent a home, condo or apartment should get their own tenant’s insurance, RBC Insurance advises. This is because landlord’s insurance will not cover personal belongings such as jewellery, artwork, furniture and entertainment equipment.

Tenants also need coverage for personal liability for injuries to visitors to their home or for damage they accidentally cause to a neighbours’ property, RBC advises.

“The majority of adults who live with a parent have paid employment,” Statistics Canada said in Spotlight on Families in Canada.

About one in eight (12%) of Canadians aged 25 to 64 and living with parents attended school.

Statistics Canada’s Family Matters series reports data from its general social survey, in which StatsCan polls about 25,000 Canadians by phone.

The majority (74%) of adults 25 and older living with parents were employed in the week prior to their participation in the survey. This compares to 80% of people in this age group who did not live with a parent.

The term “household” appears in insurance policies but judges and insurers are divided on what the term means.

In Ferro v. Weiner, released Jan. 28, the Court of Appeal for Ontario found that co-residence does not necessarily mean that two people live in the same household.

The decision arose from a dispute between TD and Intact on who should defend a homeowner sued as a result of a drowning at a cottage.

Scott Weiner used a home owned by his mother as a cottage but did not live there permanently. A judge with the Ontario Superior Court of Justice ruled that Weiner was a member of his mother’s household. The appeal court disagreed.

“The existence of a household is evidenced by the extent to which its members share the intimacy, stability, and common purpose characteristic of a functioning family unit,” Justice Bradley Miller of the Court of Appeal for Ontario wrote.

Miller cited Wawanesa v. Bell, released in 1957 by the Supreme Court of Canada. One judge hearing that case defined household as a “collective group living in a home, acknowledging the authority of a head, the members of which, with few exceptions, are bound by marriage, blood, affinity or other bond, between whom there is an intimacy and by whom there is felt a concern with and an interest in the life of all that gives it a unity.”