Why these two brokerages rallied around autism

Two brokerages in Ontario have combined forces to help fund an online platform that provides support and resources to the autism community. 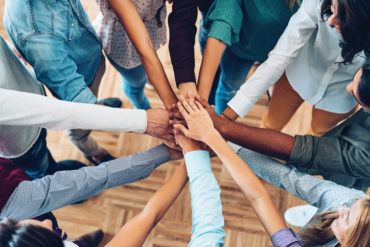 The $5,000 prize will go towards ASC Connect, a free, bilingual online platform that provides the autism community with a system of services and supports, tools and resources, mentorship opportunities as well as one-on-one phone and email support. The platform currently has over 4,600 services and nearly 14,000 members.

“I have to say it was actually pretty moving to hear everyone who actually took the time to vote through the Aviva platform,” said David Shaw, marketing manager of NFP Canada Corp., in an interview with Canadian Underwriter before the ACF winners were announced.

ASC Connect provides parents and associates of people with autism the ability to find resources in their community. “You go to this site, you can look and type, ‘I need a dentist that is autistic-friendly,’ or a psychologist, or a swimming pool,” explained Paul Martin, president and chief operating officer of RRJ Insurance. “This is the resource that is being built as a great labour of love to autism.”

There is also a personal connection. Martin said that not only is ASC’s head office in the same building as RRJ Insurance, “so we get to know the people very well,” one of the brokerage’s staff has a six-year-old autistic son. As a result of support from ASC, the brokerage’s staff member is seeing great improvement in her son.

How do the brokerages mobilize support around causes like this? First, Shaw says he sends out mass emails through the company’s intranet. Then, the brokerage organizes events such as golf tournaments, gala nights and bake sales. In this case, NFP did “Denim Week, so people would give however much money to wear blue and denim casual wear in the office.”

For RRJ Insurance, the cause was promoted to employees by talking about the charity and what the platform does. “From there, the expectation and hope would be that people would embrace that and then they go to their friends and their community and drive them to the website to vote,” Martin said, adding the brokerage’s intranet was also used to garner support, as well as social media.

“People want to do something that is meaningful and has impact,” Shaw said, adding that extra time was put into the project, including staff volunteering, his own time, weekends and phoning suppliers for the event. “It goes way beyond job scope.”

The two brokerages support a variety of charities and causes. NFP just completed a three-year partnership with ASC. In 2019, it will be supporting the Breakfast Club of Canada; the Centre for Addiction and Mental Health in 2020 and the Alzheimer Society of Ontario in 2021. It also supports, among others: CIBC Run for the Cure, KRG Children’s Charitable Foundation, The Weekend to End all Women’s Cancers and Toy Mountain.

“The one closest to my heart is Victim Services of York Region,” Martin said. “We fund and support the end of domestic violence through Project Angel, where we try to buy and fund GPS, so women who are in danger of being imminently abused have direct access to the police.”