Veteran brokers are seeing their first-ever hard market. What they need to know.

Brokers with more than a decade of experience could be experiencing their first real hard market right now, and they could probably use some advice about how to break bad news during renewals, an Alberta managing general agent (MGA) suggests.

“We spend a lot of time as MGAs saying to the younger brokers, ‘Here is how you are going to have to present this, and you are going to have to explain why. Keep it simple. Don’t start talking in insurance lingo. Speak the language they understand using the simplest terms you can,’” said Nona McCreedy, owner of Aurora Underwriting Services Inc., an Alberta-based MGA and Lloyd’s coverholder.

Breaking bad news is definitely a common undertaking for brokers these days. For example, McCreedy is hearing about some condo and strata corporations whose rates are more than doubling on renewal. She also knows of a client in the hospitality sector who now has pay $12,000 a year — up from $3,500 a year before renewal — for a $2-million commercial general liability policy. “They had no losses. Nothing in the risk has changed,” she said of that client.

After nearly 40 years in the industry, McCreedy has seen multiple hard markets. The last major one happened almost 20 years ago, she said, following the Sept. 11, 2001, airliner attacks that destroyed the World Trade Center buildings in New York. 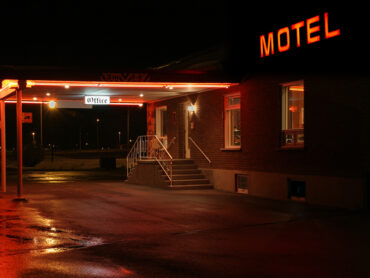 “It seems, from the retailers I talk to, that there are a lot of young brokers who have never seen a hard market,” said McCreedy. “This [hard market] has been extremely difficult for them because it is so different and we haven’t had a proper hard market for over 15 years. Some of them think they have had a long career, at 15 years, and they have never seen this happen.”

Her main point is that MGAs play a critical role in helping retail brokers; and they are absolutely necessary in today’s commercial insurance marketplace.

Several things are different about this hard market, McCreedy told Canadian Underwriter. For example, she cannot find one Lloyd’s syndicate who will cover business interruption for any client in the hospitality sectors — even with a pandemic exclusion. This includes restaurants, hotels, motels, convention centres and event venues.

“In 40 years, this is probably the fifth hard market I have seen,” McCreedy said. “Each one is different. Each one, we think, is the worst we have ever seen.

The Corporation of Lloyd’s in 2018 asked its syndicates to conduct in-depth reviews of the worst-performing 10% of their portfolios and of all lines that are losing money, and to submit remediation plans. Then in 2019, Lloyd’s announced that eight syndicates stopped trading at the end of 2018.

“They went after every syndicate and made them clean up their books and tidy up,” McCreedy said of the Lloyd’s market. “It’s one thing when your domestic market hardens, but when Lloyds does the same thing, at almost the same time…it makes it extremely difficult for retail brokers.”

4 Comments » for Veteran brokers are seeing their first-ever hard market. What they need to know.