Moving to a no-fault system would help alleviate the pressures being put auto insurance costs in Alberta, and would be a unique model in the Canadian market, according to the head of the province’s brokers.

“We feel this will kick some of the costs out of the system and also make the physical damage repairs happen a little quicker and a little more efficiently,” George Hodgson, CEO of the Insurance Brokers Association of Alberta (IBAA). “It means people get repairs and those sorts of things done to their car quicker, because you don’t have to have a fight between two insurance companies. If you get into an accident, whether it’s your fault or not, your insurance company will work at repairing your car.”

The Alberta solution calls for policyholders to be able to buy-up for tort. “You have to pay extra to have the right to sue outside of the catastrophic injuries,” Hodgson told Canadian Underwriter. “The idea is that it will reduce claims costs while at the same time giving people the right to sue if they feel they need to.” 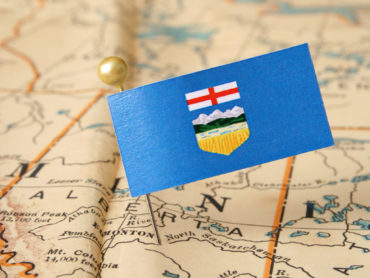 While the Insurance Corporation of British Columbia recently announced measures to move to a no-fault style system, Hodgson emphasized that his group’s move was made independent of his neighbouring province. In fact, they looked out of the country for the best solution for Alberta.

“It’s kind of going on our own here to a certain extent,” he said. “The one that comes closest to what we’re proposing is New Jersey. They have a no-fault for basic and you can buy up for tort.”

That makes what Alberta is proposing unique. “From a Canadian perspective, anyway, it’s a ‘made in Alberta solution,’” Hodgson said.

How much money it will save the system is unknown at this time. But Hodgson pointed out that “Alberta auto is in trouble. Premiums are going up in a large part because of claims costs. Up to 71% of the increase in claims costs are due to bodily injury. It’s important to get that under control. It’s important to get people the care they need as opposed to paying out cash.”

That ‘care-not-cash’ theme is top of mind for him. Rather than cutting a cheque for an injured party, a revised system would ensure that the person is receiving the care they need to recover. Or, if recovery is not possible, policyholders would be provided with “the best quality of life,” the white paper says.

“For bodily injury, there will be less cash in the system and more care,” Hodgson said. “In other words, it will point people to recovering from their injuries rather than taking a cash payout.”

That’s another one of the 20 recommendations outlined in a new white paper from the IBAA. The Framework: Fixing the Alberta Auto System, has been sent to Alberta’s Auto Advisory Committee (AAAC) to be included with submissions from other groups on how to combat the rising cost of auto insurance in the province.

Other than the removal of the 5% rate cap, there hasn’t been much change to the system yet, Hodgson noted. He believes that, rather than small changes here and there, the provincial government is looking to make wholesale changes at once. “This particular government seems to move pretty quickly, so I would expect that whatever they do…they’re going to do it as quickly as they can.”