What cottagers may overlook when it comes to seasonal insurance

With the May long weekend just around the corner, many Canadians will be packing their bags and heading up to the cottage, but a post-pandemic surge of demand may mean a lot of cottage rentals, and some important points of coverage — such as exclusions for damage caused by renters — may easily be overlooked.

“Some of the most popular summer vacation destinations such as Huntsville and Prince Edward County in Ontario, and Parksville, B.C., on Vancouver Island, have less than 30% of properties available to book for July,” reads a Vrbo press release.

“The pandemic has really kind of changed not only the demand, but also the supply for seasonal rentals,” says Gavin Brown-Jowett, vice-president of personal lines and underwriting transformation at Gore Mutual. “A lot of people are purchasing new cottages, new seasonal homes. The demand has gone way, way up, and the prices have gone way, way up.

“Many people, in order to even be able to afford these homes, are having to having to rent them out part-time.”

But if a renter causes damage, the cottage owner may find this is excluded in their policy.

“Many insurance policies actually exclude Airbnb and Vrbo specifically, and say that no rental is allowed to be done on a cottage, or there is no coverage,” says Brown-Jowett.

Brown-Jowett says Gore Mutual offers seasonal rental coverage up to 50% of the time that the property is open.

However, those looking to buy a cottage from outside of Canada may also struggle to find coverage in the wider marketplace, Brown-Jowett explains. 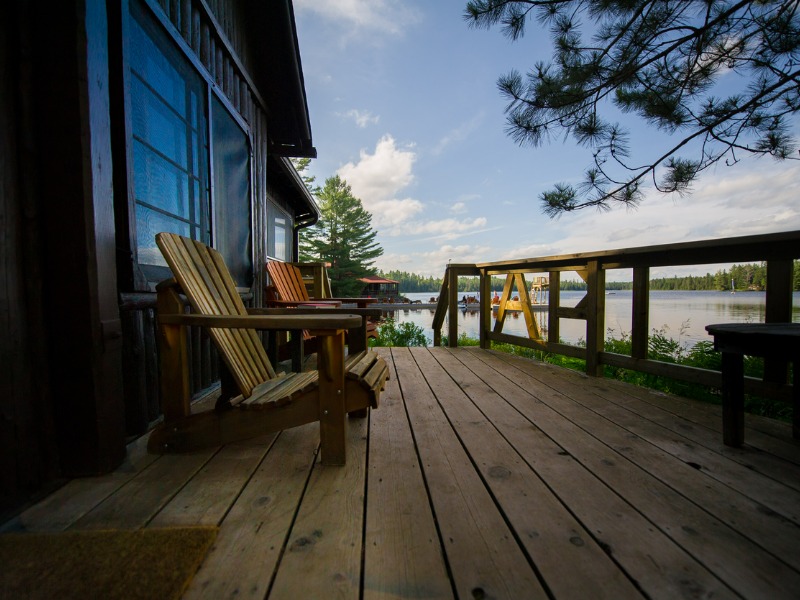 “Some carriers don’t want to deal with out-of-province or out-of-country owners, just from a collectability of premium perspective. There could be issues with board regulators, things of that nature,” he explains.

“We accept out-of-province and U.S. residents [who] own a property in Ontario,” He adds. “Brokers [who] have that need come in quite frequently, and this is actually something we fairly recently introduced to fill a bit of a gap that brokers were saying they had.”

Additionally, since many cottages are left unoccupied for the bulk of the year, theft is an often-understated hazard for cottage owners.

“Some people will leave their electronics, they’ll leave a full bar, they’ll leave valuables in their cottages over the winter months when they’re not actually visiting,” Brown-Jowett says. “In a lot of these cottage communities, people know that they’re cottages and you’ll have rows of five or six houses that have absolutely no one monitoring.

“It’s really easy for people to break a window, get in, and raid the bar or steal your flat screen television.”

Many cottages are subject to adverse weather conditions or environmental fallout from heavy storms, which perhaps is not an overlooked hazard, but a hazard nonetheless.

“If you’re not in the home during the winter months, there’s always things like snow load, the weight of the snow on the home could collapse something in, or trees,” Brown-Jowett says. “Trees are a big factor for a lot of cottagers where you’ve got trees around your house, you’ve got big windstorm, one of them falls on the house.”

Water is considered “the new fire” across the country for the most part, but not in cottage country, where fire succeeds water and flood as the Number 1 natural peril.

“You never really want to have that situation where your basement is flooded, or where you have water leaking in, or your house burns down, but those are some unique perils,” he adds.