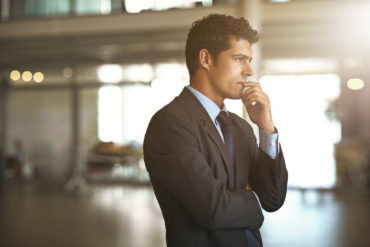 Cancelled contracts. Price shoppers. Frustrated clients. Brokers are facing no shortage of challenges as the market gets tighter.

Younger brokers are entering their first foray into a hard market. But even for those of a certain vintage, this one feels different.

Caleb Maksymchuk, chief operating officer and partner at Ravenhill Agencies in Edmonton, has been a broker for 12 years. He says he’s facing challenges of operating in market conditions that he’s never seen before. When he turns to his more seasoned colleagues, they’re also a little uneasy.

“For those who have been in the business, whether they’re underwriters or brokers, they say this is a different kind of hard market,” he said. “It’s not like it was, and it’s a lot more challenging than previous hard markets.”

What’s changed over time? Data. There’s lots of it and access is easy, allowing insurance companies to pivot faster than ever before.

“It poses challenges because they [carriers] see the data more bluntly,” Maksymchuk says. “Say, in commercial, they’re getting in and out of different types of business [quicker],” he explained. Once insurers see losses growing in one area, “they’re then able to shift quickly.”

Cancelled contracts are a primary concern across the country. In an online poll to be published in the forthcoming August edition of Canadian Underwriter, about half of more than 200 Canadian brokers reported that they’ve had a contract with their carrier cancelled over the past 12 months. Nearly two-thirds believed that the cancellation was a result of the hard market.

Commercial lines account executive Myles Kuharski at Gillons in Thunder Bay, Ont., hasn’t had a contract cancelled, “but you hear about it … I think a lot of companies are now thinking that volume and growth are great, but there’s a limit. They’re looking for what business is profitable. I think what we’re going to see here is that doesn’t mean the more the merrier. That means managing the so-called ‘good’ business.”

Maksymchuk also hasn’t had a contract cancelled. As a board member of the Insurance Brokers Association of Alberta, however, he’s seen others take a hit.

“If you run into anything like auto right now, that poses new underwriting restrictions,” he said. “We’re not able to write business at the end of the day. With brokers facing cancelled contracts, it’s creating a surplus of policies floating around out there.”

Even moving a book to another carrier is a challenge. They are apprehensive because of the loss ratios. “We are not able to get coverages, lower premiums, or payment plans if you’re trying to move unless it’s super-clean,” Maksymchuk said.

What if you’ve had a cancelled contract? It might be time to expand your horizons, Kuharski said. In Ontario, for example, there are many markets into which brokers could venture. Hopefully, brokers are able to pick up new contracts with companies that are looking to expand their business. Pay attention to the insurance companies and what they consider to be “good” business.

“If you’re able to take all the information from the companies you have and drill down to figure out what everybody wants, you can start to hone in on the characteristics of risks that are going to be ‘better’ than others,” Kuharski said.

Once you have that figured out, focus your efforts on what’s going to be profitable and focus in on those areas, he advised. Do that and “I think once the dust settles in however long this hangs on, brokerages are going to be in a very good place when we get out of these conditions.”