When are you most productive at work? 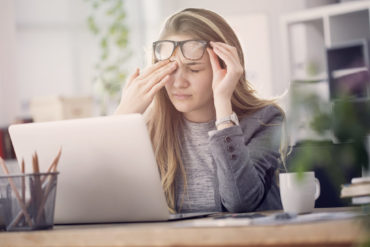 Don’t bother scheduling that client meeting on Friday. You’re better off waiting until Tuesday rolls back around.

A new study has confirmed what most believe – we’re less productive as we reach the end of the workweek. The survey from staffing firm Accountemps found that 35% of workers find Tuesday is in fact the most productive day of the week. So it would appear having a case of the Mondays is a real thing as it was second at 25%. Wednesday was third at 18%, followed by the final two days of the week at 12% and 10%.

And if brokers want to get the most out of their client, get them early – 41% said they’re most productive in the morning compared to 31% in the afternoon. Just 3% like to burn the midnight oil and another 2% find lunchtime to be their most productive time.

As for your own productivity, where you work also matters. Accountemps’ survey of 400 office workers in Canada found that fewer than one in five say they’re most productive from home while nearly half (44%) prefer to work in an office with a closed door. A third like the new-age open concept office and being around their colleagues.

With a wide variety of working options, bosses are best to figure out what works best for everyone so to maximize their productivity, said Koula Vasilopoulos, district president for Accountemps. “Great leaders recognize that the path to productivity looks different for everyone. Managers should remain flexible and empower employees with the environment, tools and options that best support their preferred, and most effective, work style.”

What distracts employees the most? It’s the Chatty Cathys – people who are always dropping by their coworkers’ desks to chit chat. Office noise and unnecessary meetings came tied for second, followed by unnecessary emails.

This is an area where the responsibility falls on employees, Vasilopoulos said. “Be cognizant of where you are when you’re doing your best work and proactively find ways to replicate that environment. Whether this means brainstorming in the morning because that’s when you’re most creative, reducing distractions with a pair of headphones or putting up a sign to indicate you’re unavailable, knowing your own productivity needs can help you better manage your time and to-do list.”

Meanwhile, project management software company Podio says your brain can really only focus on a task for 90 minutes to two hours until a break is needed. You can launch into a similarly long run after, developing a pattern. Working longer creates exhaustion, stress and frustration, poor engagement and lowers productivity.