Where in Canada do brokers get paid the most?

Looking to work for brokerages in the highest-paying regions of the country? Check out brokerages in either Alberta or Ontario, according to numbers contained in a recent Deloitte study commissioned by the Insurance Brokers Association of Canada (IBAC). 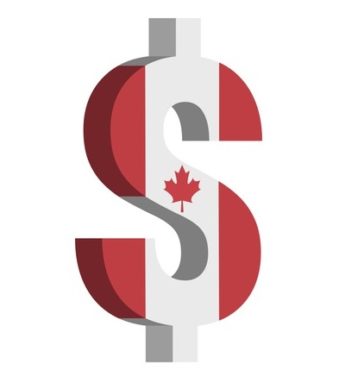 At $70,800 a year, brokerage employees in Alberta made the highest average annual wage in the country’s insurance brokerage sector in 2017. Ontario followed closely behind at $67,500 (all wage averages based on 2017 statistics).

Brokerage employees in New Brunswick received the lowest wage among all Canadian brokerages – $44,300 – about 4% lower than the province’s average annual wage. It was the only place in Canada where brokerage employees made less than the average provincial wage.

Overall, Canadian insurance brokerages in 2017 employed the equivalent of 58,300 full-time staff positions across the country. In addition, the brokerage sector contributed $3.3 billion to the country’s labour income. Deloitte defines labour income as “the total earnings of employees (including employees of suppliers to the projects), consisting of wages and salaries as well as supplementary labour income.”

The appendices of the report include average annual brokerage wages by region, as reported to Deloitte by the individual provincial broker associations. Nationally, brokerage employees made an average of $57,800 a year, based on a simple calculation of the average brokerage wages in 10 Canadian provinces.

Deloitte’s study does not explicitly say whether or not the wages cited in the report include commissions. It appears unlikely since the report compares the wages of brokerage employees to provincial averages, which in turn would include sectors of employees who are not be compensated by way of commission. In addition, the Deloitte study does not differentiate between different types of employees working at a brokerage (e.g. client service representatives versus producers).

Quebec brokerage employees are drawing in $54,800 a year, approximately 17% above provincial standard.

IBAC commissioned the Deloitte study to explore the contribution brokers make to the Canadian economy.

Deloitte estimates that Canadian brokers contributed approximately $7 billion to Canada’s economic output in 2017. The number shows how the operating costs of brokerages contribute to generating demand for suppliers’ goods and services (e.g. consulting and legal services providers, technology providers, office equipment and supplies retailers). It also factors in the spending of wages and salaries earned by insurance brokers and the employees of their suppliers (i.e. household expenditure).

1 Comment » for Where in Canada do brokers get paid the most?