Which vehicles will cost your clients the least to insure?

Car shopping includes finding out how much insurance costs for one vehicle over the other and clients with a Mazda CX-3 will see the lowest insurance rates, according to a recent report.

The Honda CR-V LX ($1,333) and Jeep Wrangler Sport S rounded out the top three. The common thread? All are sport utility or crossover utility vehicles. In fact, 15 of the top 22 least costly to insure vehicles were SUVs or CUVs. Five were vans and there was just one pickup truck and sedan. 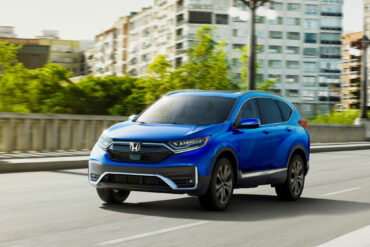 Light trucks — which include all vehicle types outside of sedans — have dominated sales in Canada in recent years. According to Richmond Hill, Ont.-based DesRosiers Automotive Consultants, light truck sales accounted for just about 75% of all vehicle sales in Canada in 2019, surpassing 900,000 total sold for the first time. The SUV segment alone accounted for nearly half (48%) of all sales in the category.

“Canadians’ love for these vehicles ensured that the subcompact, large luxury, large, and luxury compact SUV segments outpaced the overall market by several orders of magnitude with subcompact SUVs claiming the crown as the fastest-growing segment with a gain of 28.5% year-end,” the consulting firm said in its report reviewing the previous year.

Insure.com noted the CX-3 doesn’t come equipped with overwhelming horsepower (148 hp) and its recognition as a Top Safety Pick in 2019 by the Insurance Institute of Highway Safety (IIHS), helping keep premiums low.

Honda managed to put three vehicles in the top 10 (the CR-V LX in second, the Odyssey LX in sixth and HR-V LX in 10th) and five in all in the top 20. It had the only sedan on the list, the Fit LX Sensing. Its Honda Sense package, which comes with a variety of safety features, is standard, the site said, making it cheaper to insure.

On the other end of the spectrum, luxury cars were the most expensive to insure. The Mercedes AMG GT R and Audi R8 5.2L V10 Quattro Performance would setback owners more than $4,000 in annual premiums. The Nissan GT-R, BMW M8 Competition XDrive convertible and Mercedes S65 AMG rounded out the top five, all costing at least $3,900 to insure for the year.